By Ciara Frawley, 2nd year medical students as part of the #TCDMedStudentInitiative on Healthy Trinity Instagram

You probably already know that including regular physical activity in your weekly routine has huge benefits to your personal health. This ranges from helping to prevent noncommunicable diseases, hypertension, overweight and obesity, to improving your mental health, quality of life and your general well-being.

Physical activity and the environment 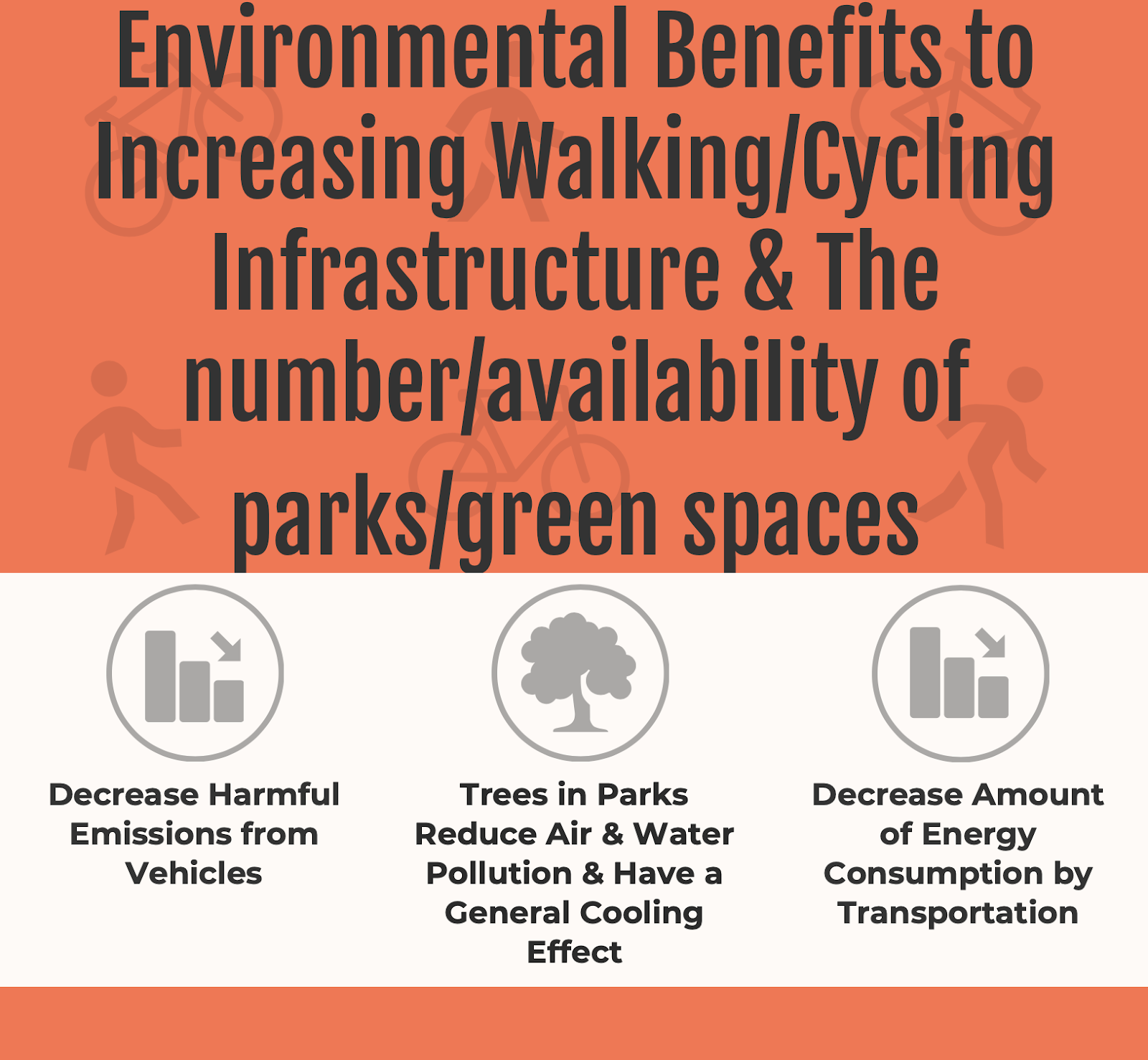 “investing in policies to promote walking, cycling, sport, active recreation and play can contribute directly to achieving many of the 2030 Sustainable Development Goals (SDGs).”
The Global Action Plan on Physical Activity (GAPPA) 2018-2030

Green spaces and infrastructure to support walking and cycling

Firstly, increasing the number and 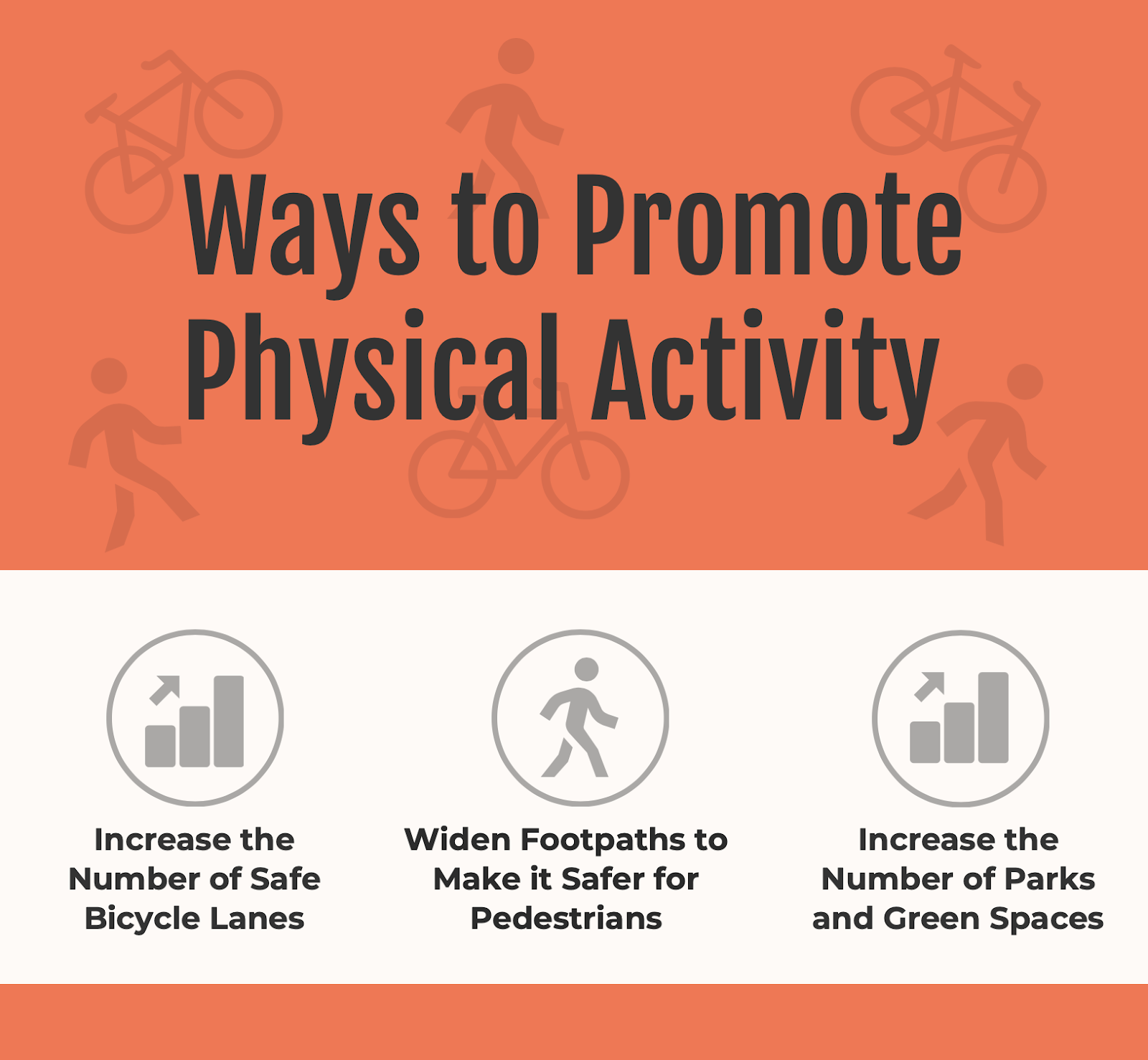 availability of parks and green spaces not only creates a sense of community in the surrounding areas, it promotes physical activity as well as playing a role in climate-proofing cities.

Secondly, by reducing the need for vehicular transportation by promoting physical activity, we can reduce the amount of energy consumption by transportation, while also reducing their harmful emissions.  According to the UN Economic Commission for Europe, in many nations, more than 30% of final energy (i.e. energy consumed by end users such as households, industry and agriculture) is consumed in transportation. This report concludes that

Cities such as Copenhagen, have demonstrated that it is in fact possible to increase the percentage of people walking and cycling beyond the percentage of people using cars. In fact in 2017, 62% of residents in Copenhagen travelled to work by bicycle compared to just 9% who drove. They have achieved this by investing in safe bicycle lanes and putting an emphasis on promoting cycling as a means of transport.

Back in 2011 and 2013, Dublin ranked in the top 20 of global bike-friendly cities, according to the Copenhagenize index, which praised the ambitious plans for a 2,400km network of cycle lanes and a target of 10% of trips to be made by bike. As these plans weren’t fully implemented, Dublin has since then fallen off the index and has not returned.

Now, due to the issues COVID-19 is presenting in regards to the reduced capacity of public transport, it is estimated that there needs to be a 200% increase in the number of people cycling and a 100% increase in the number of people walking into the city. In an effort to enable and promote its students and staff to walk and cycle safely to and from its campus, Trinity College has asked Dublin City Council to widen footpaths and install bicycle tracks on more than 8km of key routes between the campuses and residences.

If plans to green the city and instal infrastructure that supports walking and cycling were fully implemented we would have a much happier and healthier population and environment to live in.

This video highlights some of the benefits of physical activity

Trinity Physiotherapy students, supervised by Dr. Emer Barrett, ran the #MakeItFit campaign on the Healthy Trinity website and social media. This is a reel they made for Instagram about excuses.

See the full campaign here or read this abstract about it.