You are here Healthy Trinity > Smoking

Is the environment a “victim” of tobacco ? 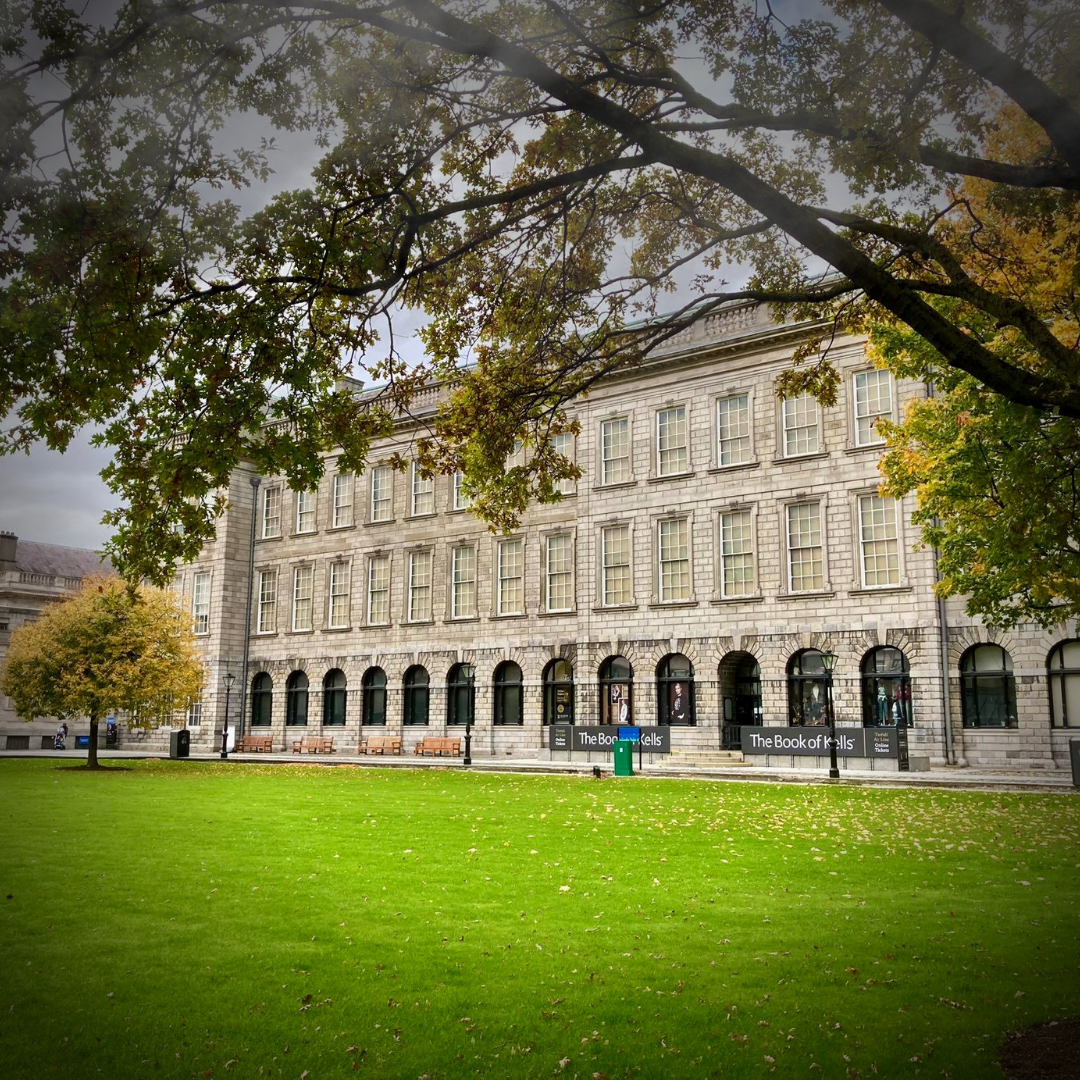 By Sarah Sanusi, 2nd year medical students as part of the #TCDMedStudentInitiative on Healthy Trinity Instagram

As students, we love to gather on nights-out with friends, to get a social break from reality. Many of us may not smoke on a daily basis but will smoke socially on these occasions. Have you ever thought about the effect of  that ‘one cigarette’ on the environment?

Deforestation is the second largest  source of carbon dioxide to the atmosphere (approximately 20%), after fuel combustion.  The tobacco industry causes 5% of global greenhouse gases through deforestation.

Tobacco and biodiversity and soil loss

Other environmental consequences include biodiversity loss, soil erosion and degradation. Tobacco contains several poisons. Soil is generally enriched with nutrients to support beautiful flowers and plants to blossom from their roots. However, tobacco crops deplete soil nutrients and roots, by absorbing more nitrogen, phosphorus and potassium than other crops. This depletion is compounded by topping and desuckering of  plants, a technique that increases nicotine content. Tobacco growing decreases soil fertility and offers no soil replenishment, unlike other major crops.  These long-term consequences are potentially catastrophic for countries suffering from malnutrition.

Reality of poverty linked with tobacco 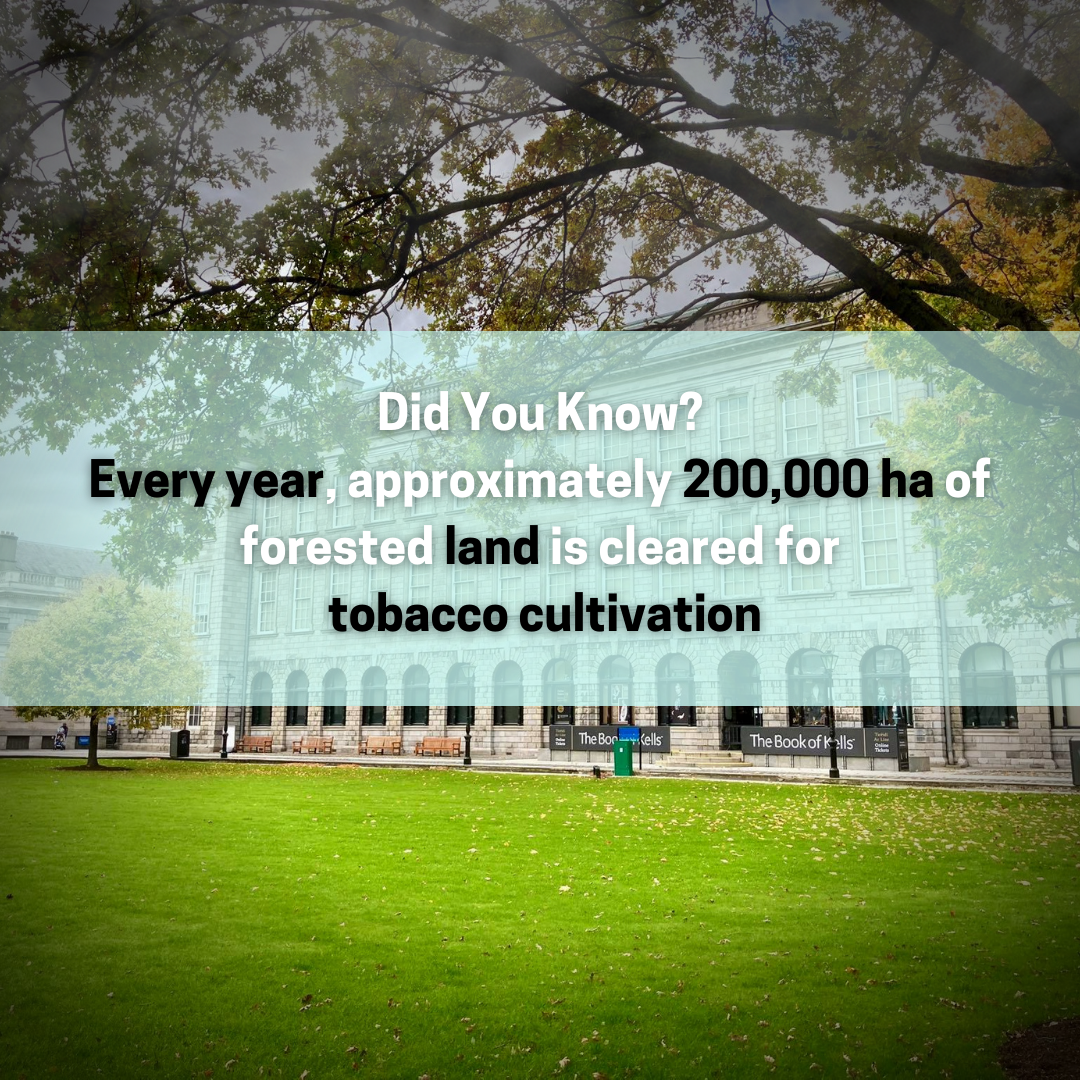 Tobacco cultivation is concentrated primarily in low and middle income regions. Nine of the top ten tobacco producing countries in the world are developing countries, with four of them (India, Zimbabwe, Pakistan, and Malawi) having a low-income food deficit. There are people who need to work in these industries. They include farm workers (some of whom are child laborers), minorities and migrant workers. Many of them have no alternative but to work in the tobacco industry. In doing so, the workers are at risk of nicotine toxicity (green tobacco illness), which is caused by unprotected handling of tobacco leaves during harvest and processing. Green tobacco sickness (GTS) is caused by nicotine dermal absorption as a result of skin contact with tobacco leaves. Handling wet tobacco increases the risk of contracting various illnessess, including GTS.

Although smoking prevalence has been declining in high-income countries, global cigarette consumption has continued to rise, due primarily to an increase in smoking among young people in developing countries. 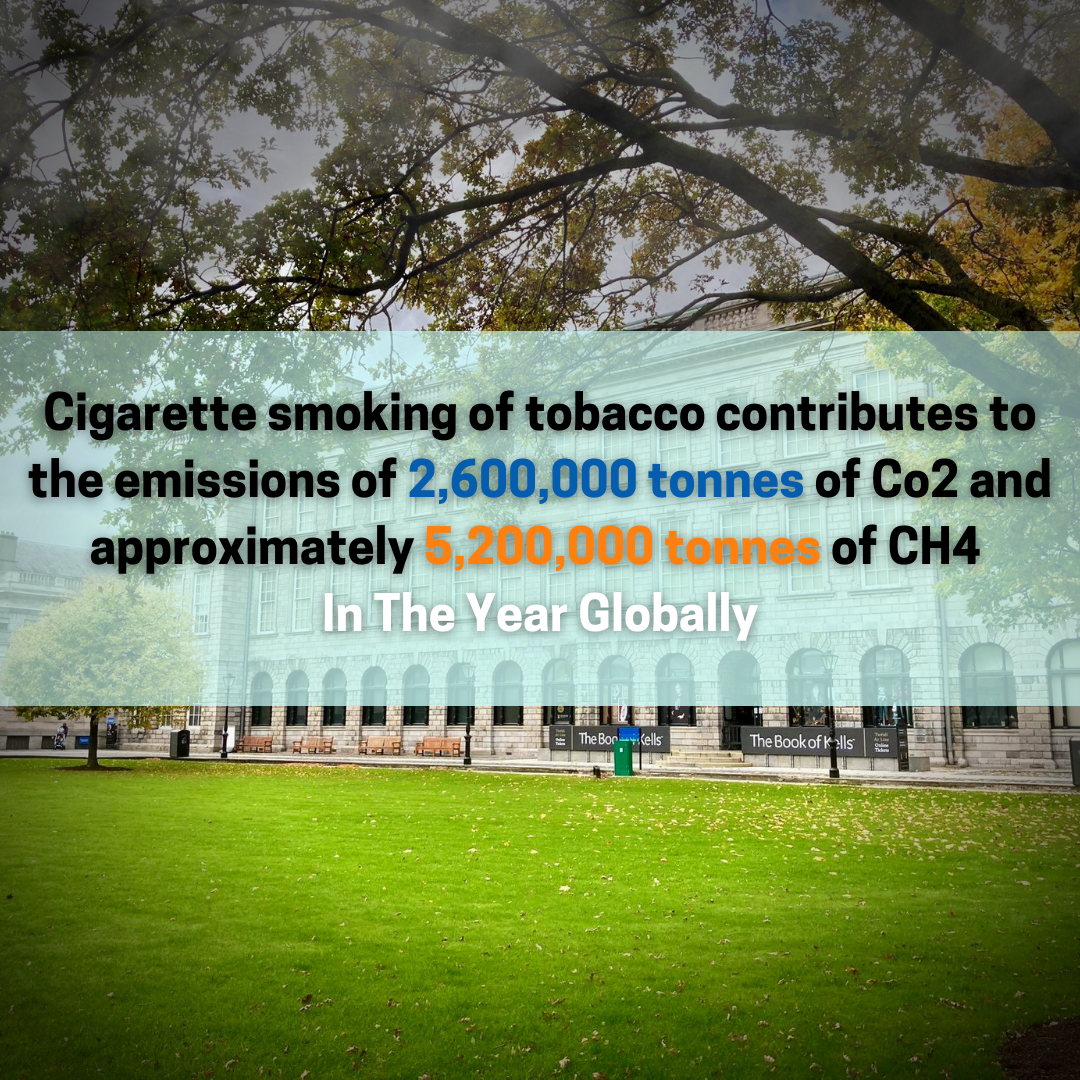 With many technical agricultural practices out of reach for small-scale tobacco growers, the only way to increase production is to clear forest land. Tobacco production and processing consumes woody biomass that may result in off-site emissions of GHGs including CO2, N2O and CH4 when burned to cure tobacco leaves in barns. The process of extracting trees also causes CO2 and non-CO2 GHG emissions. Every year, approximately 200,000 ha of forested land is cleared for tobacco cultivation . It is important to note that deforestation occurs primarily in developing countries and accounts for 2–4% of global deforestation. In 2009, about 16,505 t firewood was burned for tobacco curing in PTC (Pakistan Tobacco Companies) owned barns resulting in 543 tCO2e emissions. CH4 and N2O contributed 183 and 360 tCO2e emissions respectively.

Direct emissions from tobacco contribute to tens of thousands of metric tons of known human carcinogens, toxicants, and greenhouse gases in a single year. Cigarette smoking alone (not to mention vaping) contributes to the emission of 2,600,000 tonnes of Co2 and approximately 5,200,000 tonnes of methane in the air each year globally.

So what can you do about it?

1. By not smoking, even on a night out with friends. Every night out when you resist a cigarette, reward yourself. Not smoking is a climate action!

2. Be part of the solution. Take a stand. Encourage your friends and families to quit.

3. By educating yourself and others, we can all help promote awareness of the truth about the tobacco industry not only to our environment but our fellow human beings