You are here People > Students 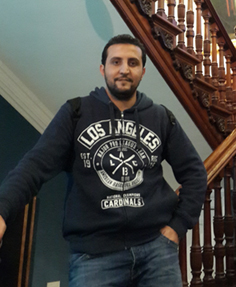 The petroleum geology of the Porcupine Basin, Atlantic Ireland: implications from onshore analogues.

Rift basin discoveries now hold ~40% of the world's giant oilfields.  Within this figure, continental rift basins account for more than 30%, so it is critical for future global petroleum exploration to gain a detailed understanding of pre-, syn- and post-rift sedimentation and tectonics in classic examples.  The primary, but not exclusive, focus of this research group is on documenting the first four of six key stages, and their cumulative effects, in continental rift system development.

Hydrocarbon exploration in offshore ‘Atlantic Ireland’ basins carries significant risk for a number of reasons, including depth of water, limited well control and
a lack of onshore analogue models.  Therefore, it currently remains overly-dependent upon seismic surveys and their interpretation.

The principal aim of this project is to help de-risk petroleum exploration in the Porcupine basin by finding and documenting direct, high-resolution, onshore analogues for the syn- and post-rift sedimentary fill lithofacies architecture, depositional styles and structural geomorphology: