You are here News & Events

Ian Sanders was elected a Fellow of the Meteoritical Society 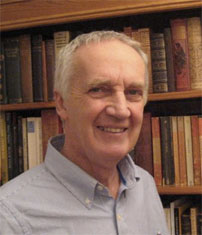 Ian Sanders was elected a Fellow of the Meteoritical Society at the society’s recent annual meeting in Casablanca, Morroco.  The honour was in recognition of his contribution to an understanding of the origin of chondrules - the tiny igneous spherules that are an abundant yet enigmatic constituent of most meteorites. Over the past twenty years he has pursued a once-abandoned and non-conventional hypothesis that chondrules are frozen droplets launched as spray from collisions between molten planetary bodies during the solar system’s first two million years, and he has brought this idea back into the realm of mainstream discussion.  The Meteoritical Society is an international group of about 1000 research scientists whose goal is a clearer picture of the solar system’s earliest history through the study of meteorites.