This fund was established by Needham Whitfield in memory of his wife Brigid Pike Whitfield, a Trinity graduate in Modern Languages and a life-long lover of the performance arts.

Needham Whitfield was born in the US and majored in English at Princeton University, completing a thesis on Ulysses before arriving in Trinity to work on his PhD. After they married and returned to the US, Brigid maintained her interest in the performance arts. Later in life she returned to performing, in local community groups and radio and enjoyed this so much that she undertook a one-year practical acting course at Oxford University, which brought her great joy in the last year of her life.

The Brigid Pike Whitfield Memorial Fund supports the Department of Drama in Trinity's School of Creative Arts. It enables the Department to invite leading drama practitioners to give masterclasses and workshops to its students. In recent years the Fund has brought to Trinity leading directors from the Abbey Theatre, the Royal Court Theatre, Macnas, Corn Exchange and Sugarglass Theatre Companies as well as performers including renowned Irish actor Olwen Fouéré and Trinity Drama graduate and THEATREClub founder Doireann Coady. The invaluable training imparted by these speakers enhances the skills of Trinity drama graduates, many of whom have achieved national and international success in this highly competitive field.

Originally from Chicago, Annie trained as an actor at the Piven Theatre Workshop from the age of 12, and at 18 became a member Chicago's famous Commedia company, New Crime. The combined vocabularies of the Piven's work in Theatre Games, Improvisation and Story Theatre and the Commedia style of New Crime formed the foundation of her work with The Corn Exchange. Over the years, the company's practice and style has grown and morphed, greatly influenced by the wonderful invention and talent of the company's ensemble players. Annie has directed all of the company's productions to date, including modern classics, adaptations and original works created in collaboration with writer Michael West, of which she is most proud. 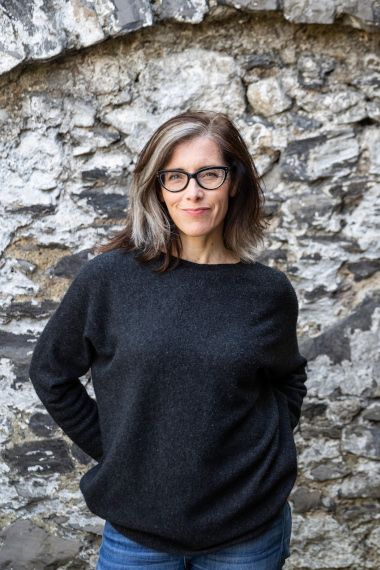 Annie Ryan, currently directing The Fall of the Second Republic in the Abbey Theatre will share her knowledge of acting with Trinity students in two unique masterclasses. As Artistic Director of the Corn Exchange Theatre Company Ltd., Annie directs all of the company's productions since she founded it in 1995. Corn Exchange is a vibrant, highly imaginative theatre company that has devised exciting award-winning repertoire over the past 25 years, bringing productions to leading Irish and international stages while developing a unique voice within the Irish drama industry.
10am-1pm 4th and 5th March 2020 Samuel Beckett Theatre

Dr Karim-Cooper oversees the Higher Education programme and leads Research and scholarship at Shakespeare's Globe. She is Visiting Research Fellow, King's College London and co-convenes the King's/Globe joint MA in Shakespeare Studies. She was the 2013 Lloyd Davis Visiting Professor at the University of Queensland, a Trustee of the Shakespeare Association of America and Chair of the Globe Architecture Research Group that led the research into the Sam Wanamaker Playhouse. She is frequently a keynote speaker and panellist at national and international conferences on Shakespeare, Renaissance drama, early modern culture and theatre practice. Farah curated the Shakespeare and Race Festival in August 2018. Her research interests are theatre history, feminism, critical race theory and performance. Farah is the author of Cosmetics in Shakespearean and Renaissance Drama, revised edition (EUP, 2019), The Hand on the Shakespearean Stage (Bloomsbury, 2016) and Titus Andronicus: The State of Play (Bloomsbury, 2019). She is currently working on a book on Shakespeare, Race and Death and editing The Duchess of Malfi for the Routledge Anthology of Early Modern Drama (forthcoming 2020). 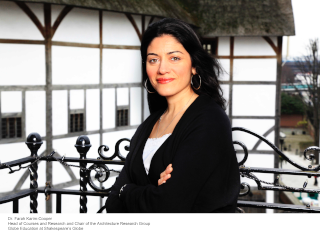 Racialising Mortality in Early Visual Culture and the Shakespearean Stage
Dr Farah Karim-Cooper, Head of Higher Education and Research, Shakespeare's Globe, UK
This talk will focus on the representations of death that participate in the development of Renaissance ideals of beauty, virtue and racial superiority in Western Europe. It will pose questions such as: How are Early modern ideas of mortality shaped by encounters with non-white bodies and cultures? And how does Shakespearean tragedy allude to the iconographic polarities of racial distinction when staging death and dying?
5pm 3rd December 2019 Samuel Beckett Theatre
Credit: ©Bronwen Sharp 2019