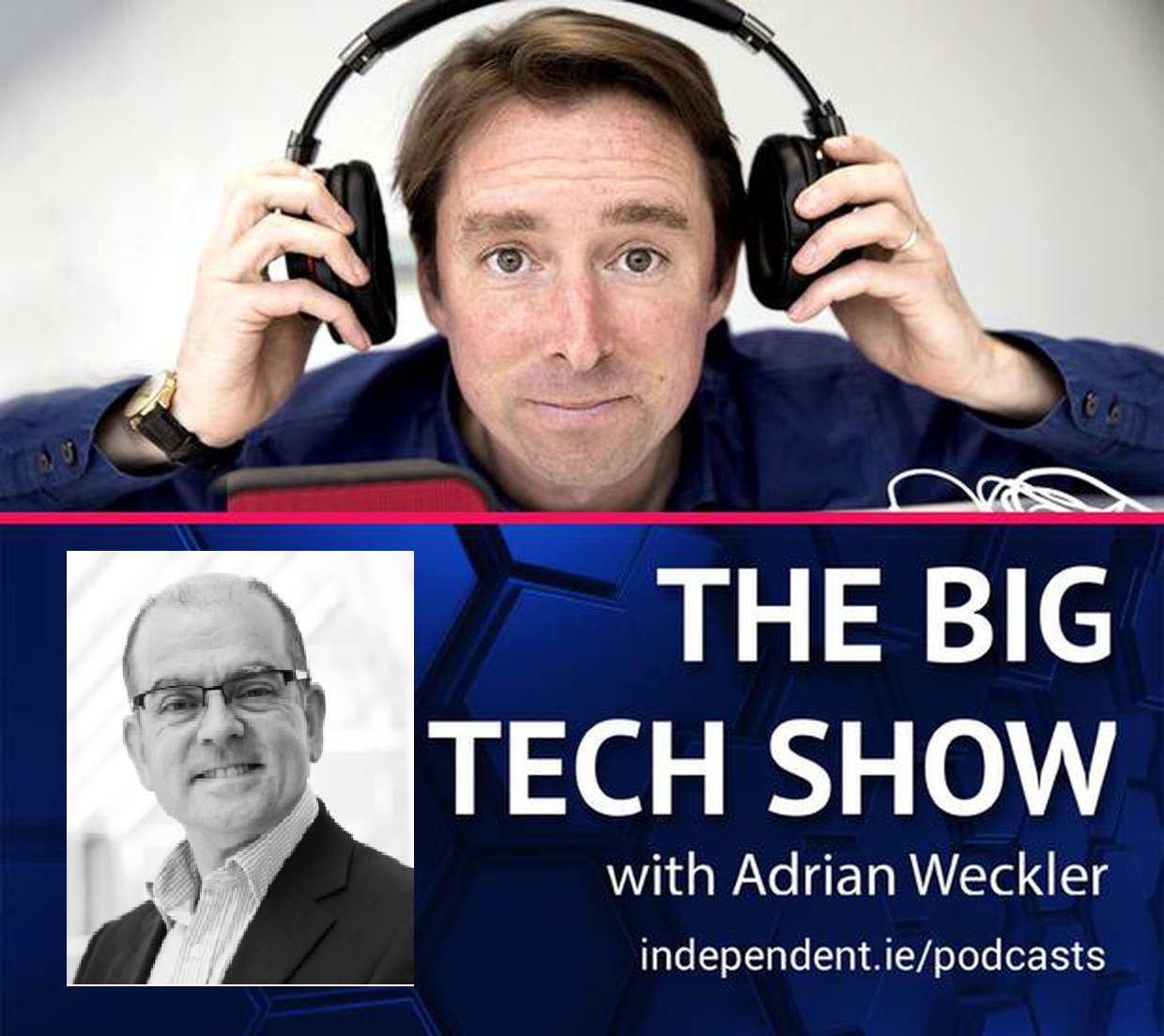 Leonard spoke with Adrian on 29th April 2022 regarding whether the  big tech success of Dublin is making  the city more like San Francisco where high salaries and expanding campuses are making it unaffordable for everyone else, producing a blander, less interesting city?. Adrian asked are there some downsides to this success in particular the crisis in affordable housing.

Leonard responded to say:” I do recall San Francisco being a very vibrant, multicultural, and colourful city  when I lived over there some decades ago,. Are we moving towards becoming a city like that? It may be an inevitability perhaps because of  our success at attracting  some amazing companies. We are producing the kind of talent that is required and  we're enabling the ecosystem that's attracting the top global  tech companies here.”
However Leonard  did think the question was an important one.  He said “I think we need to be careful how we how we design our urban areas. One could argue that when the IFSC was built, and consumed that large space that at that time,  it didn't take everything required into consideration. The Grand Canal dock area, which is one we're very familiar with in Trinity ,  is at point now where it is being developed. And we are  certainly very conscious in Trinity College that anything we do there  engages with the community in a meaningful way. I think we need to make  a conscious effort not to push creativity and diversity out of the city,  as has happened in San Francisco. And indeed of course not to push local people out.  We must  not  forget the communities already living in the city.”

Leonard went on to that we don't want to do is create a city that that's not attractive for the appropriate professionals, because that can become self defeating: “I think in Ireland culture is really important and people kind of get that. And it's not just Irish people, but of course people who come to live in Ireland . Perhaps we are more like Berlin?  Can we keep Dublin cool, maybe that's the objective we need at this time .”

Towards the end of this podcast interview with the Irish Independent Leonard made the point that  these housing and related cultural problem's we may be facing are unfortunately, a side effect of our success:  “We are  managing to attract, these are great companies”, he said “and they provide fantastic employment and great training and great opportunities for  young people. So there's the upside, the downside is what you're describing. I don't know an easy solution for that. But I wouldn't suggest it's to impact the upside, we have to figure out to how to do both.”  The Director of Trinity Research and Innovation felt  that perhaps it's something for the companies themselves to help to address as well. For example  if there are programs the  companies can invest in to help to make the city  more sustainable.

Leonard concluded by making it clear the success  of  the companies is  not the sole cause of the problem.  But he said they they need to be part of the solution He said. “But I'm not partisan. It's not straightforward. You know, it's not simple.”   He  also said that   he would love to hear industry groups’ thoughts on it. “And the fact we're looking at this closely  in the  Trinity Docklands space  in a few weeks time.   We are focussed on  the  inclusion and diversity issue, namely how do you include the community in Grand Canal Docks Innovation District? How do you include the community in this growth in the success? How do you do that?  it's not an easy answer. And lots of cities around the world have got it wrong.”