Reading Shirley Jackson in the Twenty-First Century II: The House that Jackson Built

An online symposium organised by the School of English, Trinity College Dublin, in association with the Trinity Long Room Hub.

‘The House that Jackson Built’ is the second online symposium dedicated to exploring the status of Shirley Jackson’s writing in the work of scholars, creative practitioners, and the general public. Over the past two decades, Jackson’s reputation has undergone a truly remarkable transformation. Despite being one of the most prominent (and commercially successful) American authors of her era, critical interest in Jackson’s work declined in the decades immediately following her death in August 1965. While her works of horror and Gothic fiction have long been held in high esteem by genre aficionados, she was, for quite some time, unfairly considered by many to be a relatively ‘minor’ writer. However, the twenty-first century has seen an explosion in the level of critical and public interest in Jackson’s work, and she is arguably one of the most significant American writers of the present day, as well as her own.

December 2021’s inaugural Jackson symposium focused upon the past, current, and future state of Shirley Jackson studies. This year’s event, entitled ‘The House that Jackson Built’, will further celebrate and interrogate Jackson’s renewed significance in the twenty-first century. This time, we will explore the ways in which her writing has influenced the current literary and popular-culture landscape, particularly works and writers that situate themselves within the Horror, Gothic, and Fantasy traditions. We will also discuss the vital contributions that Jackson's family and literary estate have made towards the distribution and promotion of her work.

We are privileged to welcome to the first panel Shirley Jackson’s sons, Laurence Jackson-Hyman and Barry Hyman, and two of her grandchildren, Gretchen Hyman and Miles Hyman. The panel will discuss the pivotal role that the Jackson family/estate has played in promoting her literary legacy and their efforts to bring previously unpublished and uncollected material to light.

Our second panel will focus on Jackson’s legacy through the lens of the Folk Horror subgenre, which, like Jackson herself, is experiencing a remarkable popular and academic resurgence. The panellists will include Kevin Corstorphine (Lecturer in American Literature, University of Hull) and Faye Ringel (Professor Emeritus, United States Coast Guard Academy). Our panellists will investigate the rich and varied ways in which Jackson’s writing has long influenced and continues to influence Folk Horror.

Finally, we are delighted to have as our final confirmed panellists two of the most exciting American writers of the current moment, Paul Tremblay and Elizabeth Hand, as well as legendary editor Ellen Datlow, whose recent works include a collected volume inspired by Jackson’s literary legacy, When Things Get Dark. Their work exemplifies the undeniable relevance of Jackson to the present moment, and the extent to which her writing speaks to and resonates with contemporary anxieties, stresses, and socio-cultural and indeed political tensions.

‘The House that Jackson Built’ symposium brings together writers, academics, and members of Jackson’s own family and literary exectors to celebrate her presence in and influence upon contemporary popular culture and thought, on the anniversary of her birth. All are welcome, and attendance is free, but pre-registration is required.

Reading Shirley Jackson in the Twenty-First Century consists of an annual live online event on Jackson’s birthday, 14 December, as well as asynchronous material available on our website and a Discord server for sharing resources and further discussion. The project is part of the TCD 2019 Provost’s PhD Project Award ‘Shirley Jackson: Beyond Hill House’ and is supported by the Trinity Long Room Hub and the School of English, Trinity College Dublin. For more details, visit shirleyjackson21stcentury.wordpress.com or join our Discord at discord.gg…

Please indicate if you have any access requirements, such as ISL/English interpreting, so that we can facilitate you in attending this event. Contact: deitnerj@tcd.ie 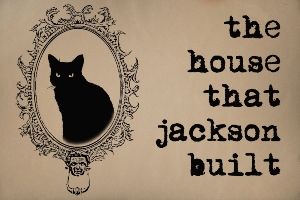