A culture night event organised by the School of Languages, Literatures and Cultural Studies and the School of English in association with Trinity Long Room Hub.

The Pratchett Project in Trinity College Dublin is an interdisciplinary platform for research into the life and works of Terry Pratchett. It builds on the comprehensive collection of Pratchett’s works and their translations into forty languages, held in the Trinity College Library, as well as Pratchett’s personal connection with the College, borne out of the adjunct professorship he held from 2010. A further part of this project is driven by Pratchett’s own life story and inclinations. In 2007, Pratchett publicly announced that he had a rare form of young-onset Alzheimer’s disease, called posterior cortical atrophy. He subsequently became a passionate campaigner who was determined to reduce the stigma of dementia.

Research into brain health has been an important part of the Pratchett Project in Trinity College. We are currently developing this strand of the project to find new ways in which the implications of breakthroughs in research can be “translated” for members of the public. We aim to bring people together from various backgrounds and fields to make new connections, to promote public understanding and awareness, to change perceptions and inspire people to support brain awareness campaigns and get involved.

This Culture Night, we will be joined by a wide range of speakers, each discussing Alzheimer's Disease and related diseases, what we know now that we didn't know when Pratchett started his efforts to raise awareness, and what the future might hold. 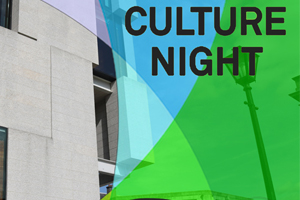