An online in-conversation hosted by Kevin Power (School of English) with writer Nuala O'Connor, discussing her experiences researching and writing her historical novels, not just her novel Nora, this year's One City One Book choice, but her previous historical novels Becoming Belle and Miss Emily. Organised by the School of English and One Dublin One Book and kindly supported by the Trinity Long Room Hub.

About
Nuala O Connor
Nuala O’Connor was born in Dublin, Ireland, in 1970 and lives in Co. Galway.
In 2019 she won the James Joyce Quarterly competition to write ‘Ulysses’ the missing story from Dubliners.
Her fifth novel NORA, about Nora Barnacle, wife and muse to James Joyce, is out now in the USA, Ireland, the UK, and Germany, and is forthcoming in Estonia. Her chapbook of historical flash fiction, Birdie, was recently published by Arlen House. Nuala is editor at flash e-zine Splonk.

Kevin Power
Kevin Power currently teaches in the School of English at Trinity College Dublin He writes regularly for The Sunday Business Post. His novel Bad Day in Blackrock was published by The Lilliput Press, Dublin, in 2008 and filmed in 2012 as What Richard Did. In April 2009 Power received the 2008 Hennessy XO Emerging Fiction Award for his short story "The American Girl" and was shortlisted for RTÉ's Francis MacManus short story award in 2007 for his piece entitled "Wilderness Gothic". He is the winner of the 2009 Rooney Prize for Irish Literature. 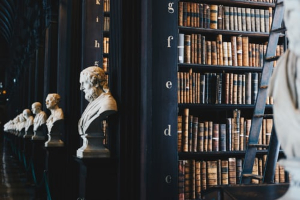