TLRH | The Cecils in Ireland | Conference

The Cecils in Ireland: Anglo-Irish relations in the early modern period

Not that long ago, the relevance of the Cecils, both Lord Burghley and his son Lord Salisbury, to the history of Ireland in the sixteenth and early seventeenth centuries would have been regarded as marginal. Indeed, several major studies of these great figures were produced over the course of the twentieth century without any reference to Ireland at all.

This reduced vision was in part ideological – the often uncritical assumption that the history of England could be treated entirely independently of its neighbours, Scotland, Ireland and Wales. But it was also shaped by nineteenth century archival decisions within the (then) Public Record Office to separate the State Papers into distinct collections for Domestic, Foreign, Scotland, and Ireland, suggesting that the problems arising in these areas could be compartmentalised.

In recent decades, however, historians have moved on from such divisions, and revealed the complex ways in which the thinking of the Elizabethans was informed by the interconnectedness of all the regions of the archipelago. Central to this re-interpretation has been a reassessment of leading figures in Elizabethan government, notably the Cecils.

The purpose of this conference is to discuss the Cecils in the context of substantial recent research on Anglo-Irish relations in the early modern period. The contributors are all experts who have published and researched widely in this field. This conference is a partnership between the Trinity Long Room Hub and the Lord Burghley 500 Foundation.

The foundation was established in 2019 with the aim of organising and promoting the commemoration of the 500th anniversary of the birth of William Cecil (First Baron Burghley) in 2020-21. William Cecil was the first Chancellor of Trinity College Dublin 1592-1598.

Register here for the conference 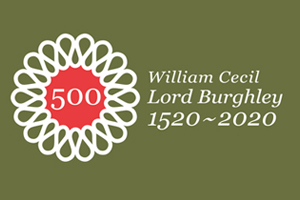