TLRH | Behind the Headlines: History, Hope and the Political Speech

What makes a political speech? From Aristotle to Hannah Arendt, philosophers have seen the arts of rhetoric and oratory as essential to the proper functioning of the public sphere. Some speeches, like Martin Luther King’s 1963 dream vision or Greta Thunberg’s 2019 ‘How dare you?’ address have defined a generation. Others have embedded lasting images, metaphors and poetic borrowings – ‘the iron curtain’, ‘rivers of blood’, ‘when hope and history rhyme’ – in the public imagination.

In Ireland, powerful speeches have patterned our history, from Robert Emmet’s 1803 declamation from the dock to Mary Robinson’s 1990 presidential acceptance speech, that heralded the women of Ireland for rocking the system instead of rocking the cradle. How is language shaped to such effect, and how does political oratory play with truth, emotion, and imagination? Can the tradition of the political speech endure in an age of social media sound-bites? In this Behind the Headlines, which takes place in the dark shadow of the January 6th riots in Washington, we will also ask about the political speech in the context of dictatorship, demagoguery and the weaponising of words, and ask at what point the art of public persuasion tips over into incitement.

Daniel Mulhall, Ambassador of Ireland to the United States
Ambassador Mulhall joined the Department of Foreign Affairs in 1978 and had his early diplomatic assignments in New Delhi, Vienna (OSCE), Brussels (European Union) and Edinburgh where he was Ireland's first Consul General, 1998-2001. From 2009 to 2013, he was Ireland's Ambassador to Germany. Before arriving in Washington, he served as Ireland's Ambassador in London (2013-17). Ambassador Mulhall maintains a keen interest in Irish history and literature. He is the author of A New Day Dawning: A Portrait of Ireland in 1900 (Cork, 1999) and co-editor of The Shaping of Modern Ireland: A Centenary Assessment (Dublin, 2016).

Alan Finlayson, Professor of Political & Social Theory, The University of East Anglia
Alan Finlayson is a Professor of Political & Social Theory at The University of East Anglia in Norwich. In the last four years he’s been involved in a number of research projects funded by the UK Arts and Humanities Research Council including ‘The Crisis of Rhetoric’ which brought politicians, journalists, speechwriters and academics to discuss the quality of political speech in the UK today, and a project on how digital culture and technology is affecting political rhetoric and argument.

Darryl Jones, Professor of Literature, Trinity College Dublin.
Professor Jones major areas of research and supervision have been in Popular Literature, Jane Austen, and Horror. His work tends to focus largely (though not exclusively) on British writing. He is currently writing a monograph entitled Dead London: Representing the Shadow-City in the Nineteenth Century, which examines the way in which London’s various shadows, doubles, undergrounds and unofficial or abject selves are imagined in Victorian literature and culture.

Martine Cuypers, Professor in Greek, Trinity College Dublin
Dr Martine Cuypers is Lecturer in Greek at Trinity College Dublin. She holds a Ph.D. from Leiden University and has previously worked as a lecturer and research fellow in Hamburg, Leiden, Groningen, Chicago and Washington DC. Her research focuses on epic and the Greek literature and culture of the Hellenistic period and Empire. 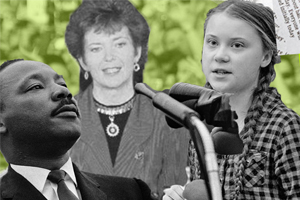