A public lecture by Dr Rahul Mishra (University of Malaya) organised by the Trinity Centre for Asian Studies and hosted by Trinity Long Room Hub.

After decades of oppressive rule by the military junta, Myanmar (Burma) made a transition to democracy in 2015. The international community and the people of Myanmar had pinned their hopes on Aung San Suu Kyi, a noble laureate and the icon of decades-old democratic struggle in Myanmar, as the leader of a ‘New Myanmar’. With the landslide election victory of Suu Kyi’s National League for Democracy (NLD), it was expected that she would bring nationwide peace, harmony, and economic development.

However, the systemic and decades-old persecution of ethnic minorities in a Bamar-dominated Myanmar continued unabated. Termed the “world’s most persecuted minority”, Rohingya are considered illegal inhabitants in their own country by the Myanmar government, as they have been denied citizenship under the 1982 Citizenship Law.

Lack of access to basic human facilities, civil and political rights, and endless persecution at the hands of the Tatmadaw (Myanmar armed forces) and the government have led to waves of exodus of the Rohingya to Bangladesh and neighbouring Southeast Asian countries such as Malaysia. It is the largest human exodus in Asia since the Vietnam War. The United Nations and the International Court of Justice have termed their persecution possible “crimes against humanity”. This talk highlights various aspects of the state-supported persecution of the Rohingya and other ethnic minorities in Myanmar and suggests ways in which the international community could intervene to stop the ongoing violation of human rights.

Rahul Mishra is a Senior Lecturer at the Asia-Europe Institute, University of Malaya, Kuala Lumpur. Prior to this, he was a Consultant with the Foreign Service Institute (FSI), Ministry of External Affairs, Government of India. Dr Mishra specialises on politico-security affairs of the Southeast Asian region, and major power politics in Asia. His latest publications include India’s Eastward Engagement from Antiquity to Act East Policy (Co-authored with Prof. S.D. Muni, SAGE Publications, 2019) and Asia and Europe in the 21st Century: New Anxieties, New Concerns (Co-edited with Azirah Hashim and Tony Milner, Routledge, 2020).

Please register for this event here. 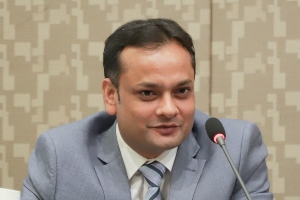