The representation of corporeal violence in films has received attention from critics and audiences throughout the history of cinema due to its power to express brutality and ideology in varied ways. In this paper, I will be presenting my postdoctoral research that focuses on embodied violence in contemporary films representing late twentieth-century conflicts in Northern Ireland and Brazil. My research investigates and compares how images of violence and the body are depicted in urban environments of street clashes and confined spaces of prisons in order to understand constructions of national identity and dominance in both countries. I concentrate on the events of the Troubles during the 1970s and 1980s in Northern Ireland, and in Brazil, I approach the environment of favelas (slums) in the 1980s and 1990s. The choice of these two territories is based on how both contexts display partitioned cities, separated by political or economic wars, where the ravaged body and its sensorial depiction similarly produce meanings in oppressive environments. Although these clashes happen in urban landscapes or prisons of each country, they transcend geographical limitations and convey a fierce struggle for power and domination, unearthing a heritage of conquest in the histories of both Northern Ireland and Brazil.

Dr Ketlyn Mara Rosa is a Postdoctoral Research Fellow at the Department of Film Studies, Trinity College Dublin, carrying out a research funded by the Irish Research Council on urban conflicts cinema in Northern Ireland and Brazil. She holds a Bachelor’s Degree in English Language and Literatures from Universidade Federal de Santa Catarina (UFSC - Brazil) and a Master’s and Doctoral Degree in English: Linguistic and Literary Studies from UFSC as well. Her research emphasis is on war cinema as she has worked with a variety of conflicts ranging from films, documentaries, and miniseries that portray the Second World War, Afghanistan and Iraq Wars, and currently, late twentieth-century urban warfare in Northern Ireland and Brazil. One thematic point of great importance in her research career is the analysis of embodied violence and the possible meanings it conveys in cinematic representations.

Test media have long been used by manufacturers, consumers, and artists to assess the reproductive definition and durability of sound media. In this short paper, I discuss the test disc as a class of twentieth-century sound instrument that has convened listeners in assessments of how new media sound—and how they ought to sound. I draw on examples of test discs released around the same time as the launch of the compact disc digital audio format (CD) in 1982. Engaging with recent writing about the co-operative function of media (Schüttpelz 2019, Volmar 2020) and Pinch (1993) on testing, I examine the variety of “test-disc cultures” of the CD. I also reflect on what makes the CD's test-disc culture distinctive. Disc-shaped media formats, like vinyl records and the CD, have special affordances for manipulation: witness turnablism. These facilitate testing. However, the turn to submicroscopic inscription techniques and optoelectronic readout materialised in the CD makes them difficult to handle during testing. Therefore, the test-disc cultures of the CD represent a kind of limiting case for test-disc culture more generally.

Dr Eamonn Bell is a Research Fellow at the Department of Music, Trinity College Dublin. His current research project, funded by the Irish Research Council, explores how the digital audio Compact Disc (CD) format was designed, subverted, reproduced and domesticated for musical ends. More generally, his research examines the history of digital technology as it relates to musical production, consumption, and criticism in the twentieth century. He completed his doctoral studies in music theory at Columbia University in May 2019, and holds a bachelor’s degree in Music and Mathematics from Trinity College Dublin (2013).


The School of Creative Arts Research Forum meets fortnightly at 10am on Mondays during term and is led by the School's doctoral students. The aim of the Forum is to give a space for School researchers, both staff and postgraduate students, to share their ideas in a supportive environment. It is also an opportunity for the School to hear about the research of colleagues both from within TCD and outside who share our research interests. In line with the research agenda of the School, talks will encompass traditional research and practice-based research and will be followed by Q&A. 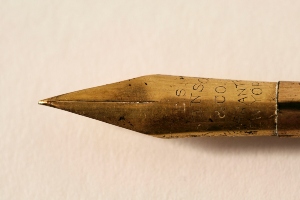