TLRH and the Herzog Centre | Remembering Kristallnacht: Why Talk About The Holocaust?

A public event on the anniversary of Kristallnacht organized by the Herzog Centre at Trinity College Dublin, in association with the Trinity Long Room Hub. "Why Talk About The Holocaust?" will feature Lenny Abrahamson and Oliver Sears in conversation, and the event will be moderated by Sarah Carey.

Please register here.
Lenny Abrahamson
Lenny is the director of the critically-acclaimed Room. The film was nominated for four Academy Awards, including Best Picture. His latest TV series, Normal People, adapted by and based on Sally Rooney’s Man Booker long-listed novel of the same name, was released in 2020. Other work includes: Garage, Adam And Paul, What Richard Did, Frank and The Little Stranger. He is also in development on a number of projects.

Oliver Sears
Oliver a London-born Dublin-based art dealer. He is the son of a Holocaust survivor & a former trustee​ of Holocaust Education Trust Ireland. ​He is a frequent contributor to radio and newspapers including RTE and The Irish Times. He gave ​his lecture ​'The Objects of Love' ​for the 2019 annual Kristallnacht lecture at Trinity College Dublin​.​

Sarah Carey
Sarah Carey is a writer, broadcaster and communications consultant. She writes a column for the Irish Independent on a Saturday and has previously written for The Sunday Independent, The Sunday Times and The Irish Times. She hosted the award winning and critically acclaimed Talking Point with Sarah Carey on Newstalk for 6 years and continues to contribute to national and international television and radio current affairs programmes. 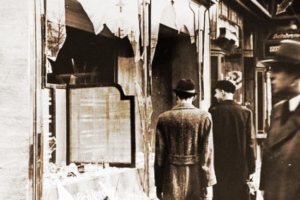