TLRH | Conflict and Change: A Conversation with Rory Montgomery and Jonathan Powell

Jonathan Powell and Rory Montgomery have had distinguished careers which have seen them act as key negotiators in conflict resolution from Northern Ireland to the Basque Country and Colombia. In this conversation-style discussion, Professor Richard English will probe both Rory and Jonathan on their experience of working in environments of conflict, covering topics such as the importance of dialogue and the legacies of the peace process in jurisdictions such as Northern Ireland. They will also discuss the relationship between Ireland, the UK and the EU, reflecting on the new context Brexit poses; and finally, how states respond to crisis, challenges and change such as that posed by the Covid-19 pandemic.

Rory Montgomery recently retired from the Department of Foreign Affairs and Trade. Prior to his retirement, he served as Second Secretary General with responsibility for EU issues, including Brexit. Before that he was EU adviser to Taoiseach Enda Kenny (2014-16), Ambassador to France (2013-14), Permanent Representative to the European Union (2009-13), and Political Director, dealing with foreign and security policy, (2005-9). He was a member of the Irish team which negotiated the Good Friday Agreement and the establishment of North/South institutions.He is currently a Public Policy Fellow at the Trinity Long Room Hub and an Honorary Professor of Practice at Queen’s, and is also a consultant on EU issues.

Jonathan Powell is CEO of Inter Mediate, the charity he founded in 2011 to work on conflict resolution around the world. Jonathan worked on the negotiations with ETA in the Basque country, on the negotiations in Colombia with the FARC and on the peace negotiations in Mozambique. Inter Mediate is working on 14 conflicts at the moment. Jonathan was Chief of Staff to Tony Blair from 1995 to 2007 and from 1997 to 2007 was also Chief British Negotiator on Northern Ireland. From 1978-79 he was a broadcast journalist with the BBC and Granada TV and from 1979 to 1994 a British Diplomat. He is the author of ‘Great Hatred, Little Room: Making Peace in Northern Ireland’, ‘The New Machiavelli, How to Wield Power in the Modern World’ and ‘Talking to Terrorists, How to End Armed Conflict’ 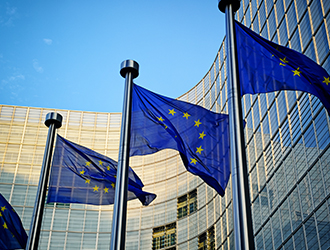