‘People need agency and voice in a crisis. This is a time when, more than ever, governments need to be open and transparent, responsive and accountable to the people they are seeking to protect ….’ – Secretary-General of the United Nations António Guterres, António Guterres

As large gatherings of people are prohibited under the measures introduced to prevent the spread of Covid-19, for many the established means of debate and protest have been constrained. At the same time, decision-making processes are increasingly opaque. For those historically marginalised, civic engagement is becoming even more difficult. The pandemic is creating new difficulties for democracies while exposing chronic, long-term challenges.

While Covid-19 has fuelled demands for 24-hour coverage and demonstrated the need for experts and reliable content, the media industry is likewise struggling. The loss of vital advertising revenue is placing unsustainable economic pressure on already-stretched traditional news outlets. Control of information and censorship is threatening the freedom of the press in some regions. The pandemic has also been accompanied by a fake news ‘infodemic’, spread primarily through social media platforms and promoted by a few prominent leaders.

With normal civic life disrupted and journalism facing a potential crisis, this final instalment in the five-part workshop series will ask if democracy can function without the public sphere.

The workshop will be streamed live on our Facebook page.

Panelists
Melody Barnes is Co-Director for Policy and Public Affairs for the Democracy Initiative at the University of Virginia,  Dorothy Danforth Compton Professor of Practice at the Miller Center of Public Affairs and a Distinguished Fellow at the School of Law. From 2009 until January 2012, she was Assistant to the President and Director of the White House Domestic Policy Council. She also served as chief counsel to Senator Edward M. Kennedy on the U.S. Senate Judiciary Committee

Bill Emmott is a writer and consultant best known for his 13 years as editor-in-chief of The Economist. He is the author of 14 books variously on Japan, Asia, the twentieth century and Italy, and narrated and co-writer of  a documentary film about Italy, Girlfriend in a Coma. He is currently chair of the  Trinity Long Room Hub board.

Fintan O’Toole is an Irish Times columnist and writer. He was the winner of the 2017 European Press Prize and Orwell Prize. His most recent works include Heroic Failure: Brexit and Politics of Pain (2018) and The Politics of Pain: Postwar England and the Rise of Nationalism (2019).

Resources
Crises of Democracy Curriculum.
LBJ and the Great Society Podcast S2 E5: Give Us the Ballot.
About the series

This is a special five-part series organised by the Trinity Long Room Hub Arts and Humanities Research Institute in partnership with the Society of Fellows and Heyman Center for the Humanities at Columbia University in response to the Covid-19 crisis. 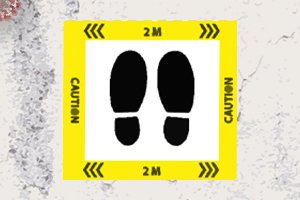