Research presentations as part of the School of Creative Arts Research Forum.

Sex, Gender and the Good Priest in Irish Cinema

In the wake of the clerical abuse crisis in Ireland there has arisen a handful of television and cinematic depictions of the 'good priest', a benevolent, yet troubled character who frequently goes up against Church authority..  It has been argued that this type of clerical representation has come out of a cultural desire for trustworthy authority figures in light of the economic collapse of 2008, which left Irish society suspicious of those in power.  In this talk I will compare the representation of the 'good priest' in  the post-Celtic Tiger film, Calvary (John Michael McDonagh, 2014) with the  depiction of the priest in a pre-economic collapse film, Breakfast on Pluto (Neil Jordan, 2005)  in order to demonstrate that fundamental to the construction of the 'good priest'  are regressive notions of Irish masculinity and heteronormative sexual tropes which serve both as signifier of 'goodness' as well as serving to tacitly critique the Catholic Church's teaching on clerical celibacy.

Jacob Martin is a 3rd year PhD candidate in Film Studies, his research examines the representation of clergy in Irish cinema in relation to the decline of Catholicism in Ireland.  He writes on film and television for America Magazine and from 2017-19 was an early career researcher at Trinity Long Room Hub.

A Unity of Expression Sought in Visual Music Works

Maura's creative arts practice seeks to express a formal language that is sought from music, abstract visual art and film. Each of these arts contribute to the forms and means of expression. Visual music is the term that Maura prefers to use to describe this art as it denotes the essential expressive quality and result in the artwork. Visual music is not an extra-musical exploration nor is it a musical visual art rather visual music seeks to create an expressive unity of  music and visual art. Film as a moving image art and medium facilitates the realisation of that unity and contributes to it. Maura uses digital video editing, video effects, the javascript expression language in adobe after effects and other programming techniques to generate the visual material, sources and visual compositions.  This talk will focus on some of the main ideas and constructs that Maura works with in the creation of her work and several excerpts from her works will be shown.

Maura McDonnell is an award winning visual music artist, composer, educator and researcher who has been involved in visual music since 1997. She is a part-time assistant professor on the M.Phil in music and media technologies course at Trinity College, Dublin, Ireland and one of the modules she lectures on there is on visual music. Her PhD thesis on 'Finding Visual Music in its Twentieth Century History' was completed in early 2019. Her visual music art productions have been screened and presented in music concerts and experimental film festivals in many countries such as Australia, China, Russia, US, UK, Germany, Ireland, Spain, Canada. She also maintains an informal research blog on visual music at visualmusic.blogspot.com. Maura creates visual music visuals for fixed media and music performances and collaborates with music composers and musicians in her arts practice and for some works composes her own music for her visuals. Her recent collaborations have been with musicians such as Ensemble Parallax, directed by Peyman Farzinpour for a series of music concerts in the US in 2019 where she created a visual music visual for a performance of the music composition 'Dérive' by Pierre Boulez. Her collaborations with talented concert pianist Svetlana Rudenko based on a collaborative and shared analysis of the music and in which Maura then creates intricate visual music visuals for projection have been presented in various music concerts in the Royal Irish Academy in Dublin and in the Moscow Conservatory of Music, and the Moscow Museum in Moscow, Russia. 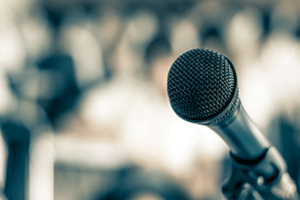