An in conversation event hosted by Dr Daniel Mourenza in conversation with Dr Mirna Vohnsen as part of the School of Languages, Literatures and Cultural Studies Research Seminar.

Mirna Vohnsen is an assistant lecturer at Technological University Dublin. She holds a PhD in Hispanic Studies from University College Dublin. In 2017 she received a publication award for her doctoral dissertation which she published under the title Portrayals of Jews in Contemporary Argentine Cinema: Rethinking Argentinidad with Tamesis Books.

Portrayals of Jews in Contemporary Argentine Cinema: Rethininking Argentinidad
Notwithstanding the current visual prominence of Jewish life and Jewish culture on the Argentine big screen, surprisingly little has been written about Jewish film characterization in academic scholarship. In order to fill this lacuna, Portrayals of Jews in Contemporary Argentine Cinema: Rethinking Argentinidad explores the depiction of the Jews of Argentina in modern Argentine cinema with particular attention to the ways in which Jews and Jewishness interact with issues of national identity. The central aim of the book is to investigate how Argentine cinema negotiates the argentinidad of Jewish Argentines, thereby adding to the mosaic that is the imagined community of Argentina. To this end, key films by both Jewish and non-Jewish directors are examined, shedding light on three main areas: the masculinity of the Jewishgaucho, the effects of the 1994 AMIA bombing and family relations, including fatherhood and the intermarriage between Jews and Gentiles. Organized around these topics, the book comprises four chapters and with the exception of the first, which is a historical exposition of Jewish presence in Argentina and Argentine film, all subsequent ones take a theme-centered approach. 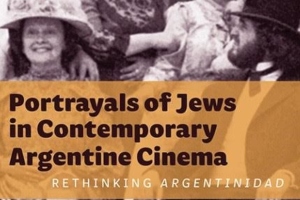