Post-Christian Feminism and the Female Body in Contemporary Performance

A discussion led by Miriam Cummins (Drama) as part of the School of Creative Arts Research Forum.

This talk explores the relation between post-Christian feminism and the female body in Saint Joan by Bernard Shaw (dir. Marianne Elliott, Olivier Theatre, London, 2007) and The Testament of Mary by Colm Tóibín (dir. Deborah Warner, Barbican Theatre, London, 2014). In the former, on hearing at her trial by the Inquisition for heresy that she will be sentenced to perpetual imprisonment in spite of recanting, Joan (Ann-Marie Duff) tears up her recantation and reclaims her bodily integrity declaring, “My voices were right.” Similarly, in the version of the Crucifixion recounted by the woman (Fiona Shaw) in Testament, rather than maintain a vigil at the foot of the cross, she runs away from the cross in order to preserve her bodily integrity and save herself from being strangled by an agent of the Roman Empire. In its underlying premise that feminism and Christianity are fundamentally incompatible, I will make a case for the limits of the kind of post-Christian feminism articulated by Mary Daly and Daphne Hampson insofar as although it grants women bodily autonomy, the patriarchal power structure of Christianity remains intact.

Miriam Cummins is a PhD student in the Department of Drama. Her doctoral research, which is funded by an Irish Research Council Government of Ireland Postgraduate Scholarship, examines the representation of religion on the contemporary stage in Britain and Ireland from a feminist perspective. In 2017 Miriam was awarded the Eda Sagarra Medal of Excellence by the Irish Research Council for being the top ranked postgraduate scholar in the Arts, Humanities, and Social Sciences. From 2017-19 she was an Early Career Researcher in Trinity Long Room Hub. 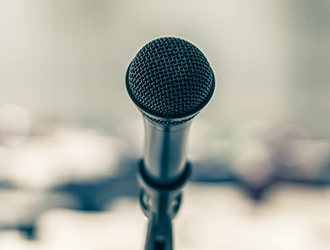