A discussion led by Dr Andrew Johnstone (Music) as part of the School of Creative Arts Research Forum.

The accomplished amateur lutenist Edward Paston (1550–1630) is now remembered for amassing one of Elizabethan England’s largest known collections of manuscript music. Its extant volumes contain inter alia almost every known song by the greatest composer of the age, William Byrd (c.1540–1623), including some fifty which, contrary to his usual practice, Byrd never saw through the press.

Of those unpublished items, eight are no longer in their original format for voice and four instruments but have been arranged (by Paston or one of his scribes) for solo instrument or voice plus lute. Since only the lute part survives, and owing to the inherent economies of lute notation, these songs have been dismissed by Byrd’s modern editors Edmund Fellowes and Philip Brett as ‘too fragmentary to suggest the possibility of reconstruction’ and ‘beyond reclaim’.

In this illustrated talk, it will be shown how, through a close examination of Paston’s lute manuscript  Lbl Add. MS 31992, and by comparison with intact compositions by Byrd, the original vocal-instrumental versions of the eight songs can be restored to a state in which they are once again performable. The most substantial of the eight, ‘Look and bow down’, proves especially illuminating, being a setting of poetry attributed in two independent, purely verbal sources to none other than Queen Elizabeth I.

Andrew Johnstone has been a part-time staff member of TCD music department since 1992. His principal research interests are the history and performance practice of English music in the sixteenth and early seventeenth centuries. He is a member of the editorial committee of the British Academy research project Early English Church Music, and manages the committee’s online database of primary sources. His long-standing concern for teaching historical techniques of musical composition led in 2010 to his developing the first counterpoint and fugue textbook app for the iPhone. He has for many years specialised in editing fragmentary music, and his reconstructions of partially lost works by Thomas Tallis, Robert Parsons and William Byrd have been performed, broadcast and recorded by the choir of Gonville & Caius College Cambridge, Stile Antico, Fretwork, The Magdalena Consort and His Majestys Sagbutts and Cornetts. 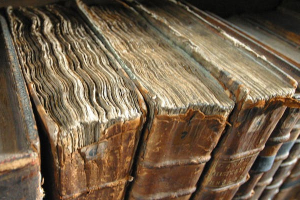