A discussion led by Professor Brian Singleton as part of the School of Creative Arts Research Forum.

This paper examines the representation of the changing city of Dublin and the impact of change on its citizens as performed by ANU Productions through their mapping of the politics of the personal onto the materialities of successive phases of urban regeneration. Using scenes from their past two productions, These Rooms (2016-19) & The Lost O’Casey (2018) as examples of memory embedded in the very materiality of the city, the paper explores how the performance of history is challenged by urban displacement to the point at which the site of history is often substituted by the non-places of regeneration. Performative remembering offers to trace the contours of an innercity community in personalized accounts of how the regenerating city dis-places the lives of its citizens in social and cultural, legal and medical terms.

Brian Singleton is Samuel Beckett Professor of Drama & Theatre at Trinity College Dublin, and co-founder and Academic Director of The Lir - National Academy of Dramatic Art at TCD. He has published widely on modern and contemporary French theatre (including on the work of directors and actors André Antoine, Antonin Artaud and Ariane Mnouchkine). His other leading research interest is on orientalism and interculturalism in performance, more recently on British popular theatre of the late-nineteenth and early twentieth centuries, with a special focus on actor-managers Oscar Asche and Lily Brayton. His  interest in contemporary Irish performance focuses on work that contests neoliberal ideologies, specifically in relation to gender and sexuality (in a monograph Masculinities and the Contemporary Irish Theatre (2nd edition, Palgrave, 2015) and on the bystanders to history in intimate encounters, particularly in the immersive work of ANU Productions (in ANU Productions: The Monto Cycle, Palgrave Pivot, 2016). He was awarded an Honorary Fellowship of British Drama School, Rose Bruford in 2011, and in 2012 was the recipient of the 'Excellence in Editing Award' of the Association for Theatre in Higher Education (USA). He is former President of the International Federation for Theatre Research (2007-11), a former editor of Theatre Research International (Cambridge University Press, 2001-03), and the editor of two field-defining book series for Palgrave Macmillan with co-editors Janelle Reinelt and Elaine Aston. Since 2007, and to date, 65 monographs and edited collections, many of them award-winning, have been nurtured into existence by the editors. 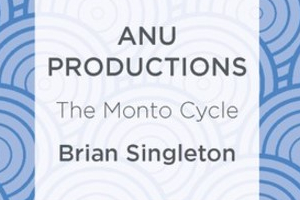