A discussion led by Denis Murphy as part of the School of Creative Arts Research Forum.

In 1995, incentivised by State subsidies, the US low-budget ‘cult’ filmmaker Roger Corman came to Ireland, establishing a ‘greenfield’ studio in Connemara, far from the Dublin-Bray axis around which Ireland’s maturing film industry revolved. This talk examines Corman’s seven-year sojourn in rural Ireland, locating the studio’s position within the new international division of cultural labour around which globalised Hollywood production is structured. Why did Corman choose to set up in Connemara? What was it like to work on the 20 films he made there? And why did it all come to an end?

Denis Murphy is a Research Fellow in the Dept of Film at Trinity College Dublin, working on a Creative Ireland funded project on career construction in the Irish film and theatre industries. His writing on Irish cinema and the Irish screen industries has appeared regularly in Estudios Irlandeses and Saothar. He is currently writing a monograph on the labour history of Irish film and television production, to be published by Liverpool University Press. 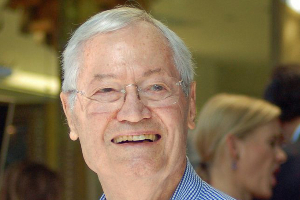