"What is Time?" – Public Lecture by James Gleick

A lecture by James Gleick as part of the Neurohumanities Public Lecture series.

Time is a river. Also time is an arrow. Physicists say never mind, time is just an illusion. To engage this ancient mystery it’s prudent to consult neuroscientists as well, and for that matter science-fiction writers. When we do that, it turns out we know more than we think.

James Gleick is an acclaimed author, essayist, journalist, and historian of science. He worked for over ten years as an editor and reporter for The New York Times. His writings have been published in The New Yorker, the Atlantic, Slate, the Washington Post, and he is a regular contributor to The New York Review of Books. He has written numerous best-selling and influential works. His first book, Chaos: Making a New Science (1987), brought the development of the new science of chaos and complexity to the general public and had a visible effect on popular culture - including his fictitious depiction as the mathematician Ian Malcolm in Michael Crichton's Jurassic Park. His other books include Genius (1992) and The Information: A History, a Theory, a Flood (2011). His most recent book, Time Travel: A History (2016) offers an illuminating exploration of time travel—from its origins in literature and science to its influence on our understanding of time itself.

Please note that the talk will take place in the Edmund Burke Theatre in the Arts Building. All are welcome, and tickets are free but registration is required: https://www.eventbrite.co.uk/e/neurohumanities-public-talk-what-is-time-tickets-70498315359 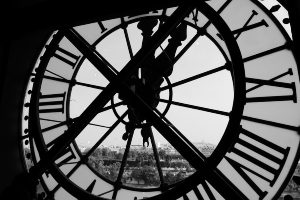