Trinity Long Room Hub Visting Research fellow Professor Julian Bourg joins us from Boston College in association with Trinity's School of Histories & Humanities. The focus of his research visit is a project on the conceptual history of terrorism since the eighteenth century.

Dr. Daniel Geary, Mark Pigott Associate Professor in American History, will sit down with Professor Bourg to discusses his work on terrorism in this 'in conversation' event.

Register here
About Professor Julian Bourg's Research
How and why did we come to think about terrorism the way we do? When and where did this concept originate and develop? My interest is in the history of the idea of terrorism since the word first dramatically appeared during the French Revolution of the 1790s. Since then, slowly over the nineteenth century and quickening during the twentieth, the notion of terrorism was shaped by the intersecting forces of revolution, empire, law, and war—by Russian radicals and British colonial officials, Eastern European jurists and Western military strategists. Only in the 1970s did these accumulating dynamics culminate in a fully developed concept: illegal, barbaric violence attacking humanity as a whole, tied to communism and religion, and allegedly rising mainly from former European colonies. This story reveals a basic paradox of the modern democratic era: although violence is often justified “in the name of the people,” the belief that human beings should not be victimized by political violence continues to spread and take hold. 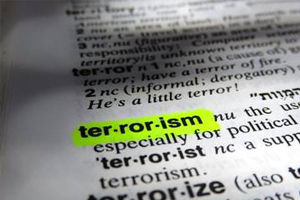