A Love Letter to Realism in a Time of Grief

A talk by explorer Mark Pollock and human rights lawyer Simone George as part of the Trinity Long Room Hub 'What does it Mean to be Human in the 21st Century?' lecture series.

When faced with life's toughest circumstances, how should we respond: as an optimist, a realist or something else? In an unforgettable talk, explorer Mark Pollock and human rights lawyer Simone George explore the tension between acceptance and hope in times of grief -- and share the ground-breaking work they're undertaking to cure paralysis.

Simone George and Mark Pollock delivered a joint TED talk in 2018 which was recorded at the TED Conference in Vancouver and received over 1.5 million views in its first 6 months online. For the finale of the What it Means to Be Human in the 21st Century, they will join us in Trinity College Dublin to speak about on the journey from injury to inspiration in an exploration of human endeavour.

Simone and Mark’s talk will be followed by a short interview hosted by Ian Robertson, neuroscientist and clinical psychologist, and questions from the audience.

Tickets available here
About the speakers:
Simone George
Simone George is a human rights lawyer and activist, a consultant commercial litigator and a TED2018 Speaker. As a human rights lawyer, she represents women who are experiencing abuse and is presently researching why those in our systems don’t adequately serve justice. She is a director on the board of the Christopher and Dana Reeve Foundation; a masters graduate from The College of Europe, Bruges, she holds a diploma from Harvard and is a double-graduate of NUI Galway.

Mark Pollock
Mark Pollock is an Explorer, Innovator & Collaboration Catalyst. After becoming blind in 1998, Mark became an adventure athlete competing in ultra-endurance races across deserts, mountains, and the polar ice caps including being the first blind person to race to the South Pole. In 2010 a fall from a second story window left him paralysed. Now he is on a new expedition, this time exploring the intersection where humans and technology collide on his personal mission to cure paralysis in our lifetime. Mark is the subject of the acclaimed documentaries ‘Blind Man Walking’ and ‘Unbreakable – The Mark Pollock Story’, and is co-Founder of the global running series called Run in the Dark (www.runinthedark.org).

About the series:
'What does it Mean to be Human in the 21st Century?' is a new cross-disciplinary lecture series which will reflect on how we understand ourselves, the world, and our place within it.

The lecture series is organised by the Trinity Long Room Hub Arts and Humanities Research Institute in partnership with The Dock, Accenture’s global research & incubation hub in Dublin. 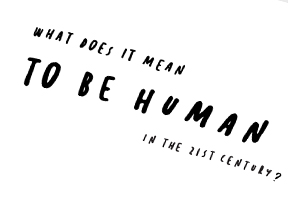