The Future of Ireland and its Borders

The Irish border has been subject to intense speculation following the 2016 Brexit referendum, when the people of the UK voted to leave the European Union. Public discourse has followed the fluctuating positions on whether there will be a hard or soft Brexit, deal or no deal, and border or no border. The increasing plausibility of a no-deal Brexit has left ongoing uncertainty as to the economic and political implications. In Ireland, emerging conversations around what happens after Brexit have led many to cautiously consider the prospect of a united Ireland.

In our first Behind the Headlines of the new academic year, we will bring together a panel of diverse voices to discuss what we can hope for the future of the island of Ireland, Ireland’s relationship with Northern Ireland and any potential changes that would impact its law, culture, identity, politics, and government.

Jan Carson, Belfast-based writer and author of The Firestarters; Winner of the EU Prize for Literature 2019 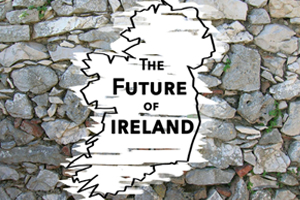