Human Engagements With Water: from Dominion to Conviviality

A lecture by Prof Veronica Strang (Durham University) as part of the Aquatic Cultures and the Digital Environmental Humanities (ACDEH) knowledge exchange for impact event funded by a New Foundations grant from the Irish Research Council.

There was a time when all human societies worshipped pantheons of ‘nature beings’, including water serpent deities who manifested the elemental and generative powers of water. Such beliefs supported collaborative and reciprocal efforts to co-exist respectfully with other living kinds: a form of ‘conviviality’ that produced highly sustainable lifeways. As societies enlarged, became more hierarchical, and developed more instrumental technologies, they humanised their gods to worship their own rather than non-human powers. This produced a notion of ‘dominion’ that, in prioritising human needs and interests at the expense of others, has led directly to the current environmental crisis.

Through the lens of what happened to water serpent beings over time, this lecture explores what we can learn from earlier societies, and from the contemporary indigenous communities who retain traditional beliefs and values. Is there is creative scope to incorporate the tenets of more sustainable modes of environmental engagement into contemporary debates about ‘rights for nature’? Can alternate worldviews assist societies in developing less anthropocentric ways of thinking about and engaging with the non-human world? In the face of contemporary realities, how can we re-establish more convivial human-environmental relations?

About Veronica Strang
Prof Veronica Strang is an environmental anthropologist and Director of Durham University’s Institute of Advanced Study. Her research focuses on human-environmental relations and, in particular, people’s engagements with water. She has conducted ethnographic research in Australia, the UK and New Zealand, and has held posts at the University of Oxford, the University of Wales, Goldsmiths University and the University of Auckland. In 2000 she received a Royal Anthropological Institute Urgent Anthropology Fellowship, and in 2007 she was awarded an international water prize by UNESCO. From 2013-2017 she was the Chair of the Association of Social Anthropologists of the UK and the Commonwealth. Key publications include Uncommon Ground: cultural landscapes and environmental values (Berg 1997); The Meaning of Water (Berg 2004); Gardening the World: agency, identity and the ownership of water (Berghahn 2009); Ownership and Appropriation (Berg 2010); Water: nature and culture (Reaktion 2015); and From the Lighthouse: interdisciplinary reflections on light (Routledge 2018). She is currently working on a major comparative text exploring diverse societal trajectories in long-term human-environmental relationships. 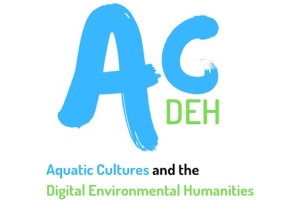