An afternoon of discussion and a performance with actor Stephen Rea

Please join us for an afternoon of discussion with actor Stephen Rea and leading academics from around the world on the topic of Cultural Interventions. There will also be a screening of Actor Stephen Rea’s short film 'Hard Border' written by Clare Dwyer Hogg, followed by an 'In conversation’ with them both, and finally Stephen Rea will perform Seamus Heaney's Book VI Aeneid accompanied by musician Neill Martin.

Tea and coffee will be available for all attendees.

Stephen Rea is an Irish film and stage actor. The Field Day Theatre Company began as an artistic collaboration between playwright Brian Friel and actor Stephen Rea. Field Day began in 1980 in Derry as a cultural and intellectual response to the political crisis in Northern Ireland. Friel and Rea set out to identify and develop a new audience for theatre. Since the mid-1990s, Field Day has become synonymous with the development of Irish Studies. It has acted as a focus for scholars seeking to question the paradigm of Irish history and literature and in so doing, it has contributed to the international debates in postcolonial theory and various strands of cultural history.

Angela Bourke MRIA, Professor Emerita of Irish-Language Studies at UCD, Dublin, was one of eight editors of The Field Day Anthology, iv & v: Irish Women’s Writing and Traditions (2002), with overall responsibility for the ‘Oral Traditions’ section. Books as sole author include the award-winning The Burning of Bridget Cleary: A True Story (1999), the biography Maeve Brennan: Homesick at The New Yorker (2004) and the 2016 Famine Folio, Voices Underfoot: Memory, Forgetting, and Oral Verbal Art. She has held international fellowships in the USA, Japan, the UK, Italy and Monaco, and has taught as visiting professor at Harvard, Notre Dame and Boston College.

Clair Wills is King Edward VII Professor of English Literature at Cambridge University. Her books include Reading Paul Muldoon(1998); That Neutral Island: A History of Ireland during the Second World War (2007); Dublin 1916: The Siege of the GPO (2009); The Best Are Leaving: Emigration and Post-War Irish Culture (2015) andLovers and Strangers: An Immigrant History of Post-War Britain(2017). She edited the Contemporary Writing section of the Field Day Anthology of Irish Women's Writing and Traditions (2002). She is a regular contributor to the Times Literary Supplement, New York Review of Books and London Review of Books. [Approved]

Clare Dwyer Hogg grew up in the north of Ireland, studied at Cambridge, and lives in London. Her first play, FAREWELL, premiered in Derry in December 2012 with Stephen Rea's Field Day theatre company. Clare is also an award winning journalist: in 2008 she received the Premio Luchetta award for human rights journalism for an article that appeared in the Observer Magazine. Most recently she has been writing for the Independent newspaper. Since 2005, she has also been a contributor on the Robert Elms show, BBC London radio. Clare is part of this year's prestigious New Playwrights Programme at the Abbey Theatre in Dublin.

Actor Stephen Rea will perform Seamus Heaney's translation of Book VI of the Aeneid, Virgil's epic poem written between 29 and 19 BC. The story follows Aeneas as he journeys into the underworld. Acknowledging the significance of Virgil’s poem to his writing, Heaney noted “there's one Virgilian journey that has indeed been a constant presence, and that is Aeneas's venture into the underworld. The motifs in Book VI have been in my head for years—the golden bough, Charon's barge, the quest to meet the shade of the father.” 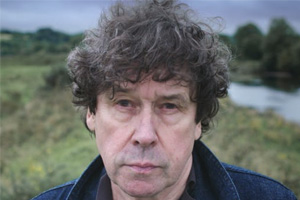