The launch of a new monograph by Dr Gilbert Carr (TCD) organised by the Department of Germanic Studies.

Dr Carr's research explores the early writings of the prominent Austrian 'Literaturpapst', Karl Kraus (1874-1936) and his legendary critical periodical Die Fackel (1899-1936). Analysing new materials and soruces, this is a major contribution both to the study of Kraus as well as the literature and culture of Vienna at the turn of the twentieth century.

Dr Clemens Ruthner (TCD) will host an in conversation with Dr Carr. This will be followed by a reception in the Ideas Space. 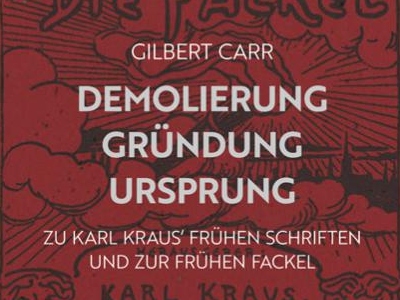