Beckett and the Mind

A paper by Prof Robert Scanlan (Harvard University) as part of the Neurohumanities Lecture Series.

Robert Scanlan is Professor of the Practice of Theatre in the English Department at Harvard University. He is also a world leading Beckett scholar and director. In the 1980’s, Robert developed a close working relationship with the late Samuel Beckett, which has influenced much of his work since. For many years Robert was the Literary Director of the American Repertory Theater (Cambridge, Massachusetts) where he headed the Dramaturgy Program for the American Repertory Theater/Moscow Art Theater Institute for Advanced Theater Training at Harvard University. Robert frequently directs theater productions across the world. He also writes and lectures frequently about the staging of Beckett's work and about contemporary American playwriting. He is a past president of the Poet's Theatre (Boston, Massachusetts) where he has directed many staged readings, including a periodic "Muster of Poets" and the world premiere presentation of Samuel Beckett's Stirrings Still (with David Warrilow). From 1978 to 1989 Robert was Director of the Drama Program at Massachusetts Institute of Technology (MIT) where he directed over 30 productions for MIT’s Dramashop. Robert will deliver a uniquely engaging talk on his own experience with, and the cultural impact of, Beckett and his art.

Abstract:
Throughout my many decades of reading, watching, directing, teaching and studying the many works of Samuel Beckett in several media, I have grown more and more confident in stating bluntly that the entire enterprise and oeuvre of Samuel Beckett is correctly characterized as the meticulous and disciplined manifestation of unadulterated MIND in controlled spillages of language and images. Beckett’s known sources in Descartes and Dante corroborate this understanding of his effort. But all “self-reflection” of this sort is, by its very nature, contaminated science. Beckett’s stage images are analogous to Leonardo’s drawings of the inside of an opened brain pan.  Beckett once told me, when he gave me a copy of Mal vu, mal dit  that all his works stem either from things heard or things seen.  As a uniquely concentrated artist, he epitomized a perennial effort within the arts and humanities to be the human “neuroscience” of its time – long before such a science had a name or a describable methodology. Poets have recurrently “rendered” MIND (examples by Shelley and Michael Longley). Leonardo’s drawings are evidence of a seeking action as old as Aristotle’s astonishing explorations in the Peri psyches – which text unerringly and tellingly anticipates Beckett’s breakthrough prose, in the “Trilogy,”  Molloy, Malone Dies, The Unnammable.  In an age when neuroscience is achieving some of its previously “impossible” goals (Leonardo’s frustrated search via drawing, Aristotle’s proto-science in Peri Psyches), the internal, self-observation of living brains like Beckett’s starts to resonate with the outside-in view sought by Leonardo and now yielding results that are changing the dialogue between science and the humanities.  Beckett, I suspect,  whose last work was entitled What Where, would have avidly followed new developments in Mind/Brain/Behavior research. 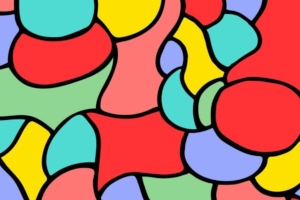