Looking for Europe
A dramatic reading by Bernard-Henri Lévy

“Europe is in danger.

Populist movements, the postmodern versions of the fascist movements of the twentieth century, are at high tide.

Together, they have produced a clash of civilizations, a fierce struggle on multiple fronts between liberal and democratic values, on the one hand, and a fantasy of identity-based sovereignty, on the other.

This is a climate in which elections to the European parliament will take place in the latter half of May. Those elections threaten to be the most calamitous we have ever seen.”

The Trinity Long Room Hub and Quartier Libre & La Règle du Jeu is excited to present a once in a lifetime event with celebrated French writer and philosopher Bernard-Henri Lévy.

‘Looking for Europe’ is Lévy’s campaign for Europe; a tour of 22 European cities to reaffirm the great ideals and spirit of Europe bequeathed to us by its founders. It is a campaign which seeks to combat the rise of populism and prevent the return of totalitarianism, war and poverty.

Mr Lévy’s tour coincides with the 2019 electoral campaign for the European Parliament, and promises to be a momentous cultural intervention in a wider discussion around the future of Europe.

From Milan to Madrid, Gdansk to Sarajevo, Trinity College Dublin will be the stage for Lévy’s Dublin appearance, a tour de force plea to Europe which will end in Paris on the 21st of May, just days before citizens of the European Union Member States go to the polls.

Mr Lévy will deliver a dramatic reading in the vaulted setting of the Public Theatre in Trinity whose walls are adorned with Trinity’s own historical thinkers including philosopher George Berkeley, and writer Jonathan Swift.

For each appearance, Lévy has adapted, reframed, and rewritten the text to reflect the situation in the city and country in which it is presented. Dublin will be no different and promises a unique manifestation of Lévy’s speech.

“The stage is set. 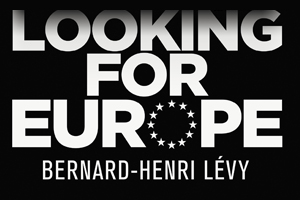