Morocco on the Move

A lecture by Prof Albert Sasson (Hassan II Academy of Science and Technology) organised by the Department of Near and Middle Eastern Studies in association with the Embassy of Morocco in Ireland.

Prof Sasson’s lecture focuses on Morocco as a country with a rich cultural diversity and a drive to create a unique environment for economic boom and stability in the region. It examines what steps Morocco has undertaken to consolidate the rule of law, to strengthen democracy and to defend and protect human rights in recent years. The lecture explores the position of Morocco and its commitment to global issues such as migration, extremism and the fighting the effect of climate change.

Prof Sasson is a founding member of the Hassan II Academy of Science and Technology. He has had a distinguished scientific career as a Professor and Dean of the Faculty of Sciences of Rabat
and thereafter at the United Nations Educational, Scientific and CulturalOrganisation (UNESCO, Paris). He was Assistant Director-General of UNESCO and Special Adviser to UNESCO Director-
General from 1993 to 1999. He has been a Senior Visiting Professor at the United Nations University Institute of Advanced Studies (Yokohama, Japan) and is a senior consultant to United Nations specialised agencies, several governments, national and regional institutions, as well as to
the European Commission. Albert Sasson has been appointed by the King of Morocco as member of the Kingdom’s Human Rights Consultative Council (CCDH), the governing board of the Royal Institute of Strategic Studies (IRES), and the Economic and Social Council. His research and work have culminated in over 200 publications, including many books and reviews on biotechnology in developing countries over the last 38 years. 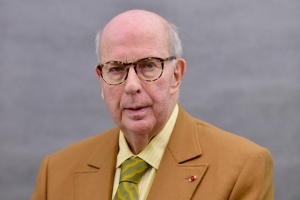