The Role of Albania and Kosovo in the ‘South-Eastern Turn'

A lecture by Chloe Fagan (TCD) as part of the School of Languages, Literatures and Cultural Studies Research Seminar.

The past fifteen years have seen an increase in German language texts taking Albanian or Kosovar themes as their focus.

It examines the question of how these authors and texts respond to the cultural traumas of the fall of Communism in Albania, the period of change in its aftermath, the war in Kosovo, and the resulting migration/refugee culture, and how these texts contribute to our understanding of these events and processes, as well as assessing migrant subject configurations in these Albanian/Kosovar texts, in combination with a critique of Balkanist discourse which Albania, and Kosovo, are subject to.

It ultimately argues that one of the main concerns of this “Turn” is to disrupt the official narrative produced by the dominant discourse in Albania and Kosovo, to problematize the understanding of this history, and to highlight the memory work currently lacking on the political level in Albania and Kosovo. 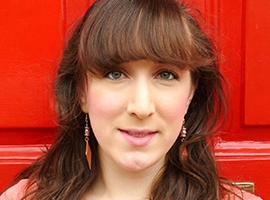