A lecture by Dr Niall Brady (Archaeological Diving Company) organised by Trinity Centre for Environmental History in association with the School of History and Humanities.

An Awakening. Maritime Cultural Heritage in 21st-Century Ireland: the Case of Dublin and its Bay

Dr Niall Brady FSA is an archaeologist and founding director of the Archaeological Diving Company, Ireland's premier maritime archaeological consultancy. He is a medievalist with primary degrees from UCD (1983, 1986) and a PhD from Cornell University (1996). His areas of special interest include landscape and the medieval economy. He has published widely on agriculture and maritime matters and was project director of the Discovery Programme’s Medieval Rural Settlement Project (2002-2010) which contributed a major book, Margaret Murphy and Michael Potterton (eds), The Dublin Region in the Middle Ages (Dublin, 2019). Niall has been a member of the COST Ocean's Past Platform and he sits on several national and international committees. He has been working on aspects of Dublin's maritime heritage for almost two decades, and his company is currently engaged by Dublin Port Company on its Alexandra Basin Redevelopment Project. 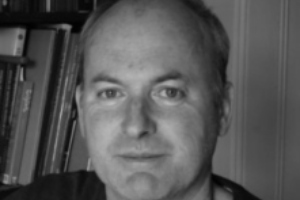