A lecture by Mr Matti Anttonen (Permanent State Secretary of Ministry for Foreign Affairs of Finland) organised by Prof Eunan O'Halpin (TCD) in conjunction with the Finnish Embassy and DFAT.

Much of Mr Anttonen’s career has been connected with Russia. From 2008 to 2012 he served as Finland’s Ambassador to Russia. From 1994 to 2002 he worked first as Director for Russia and later as Deputy Director General of the Division for Russia, Eastern Europe and Central Asia at the Ministry for Foreign Affairs.

Mr Anttonen has also worked in Finnish diplomatic missions in Washington DC, as Minister and Deputy Head of Mission and at the Permanent Mission of Finland to the UN in Geneva.

Mr Anttonen joined the Ministry in 1986. He holds Master's degrees in both economics and in modern history. 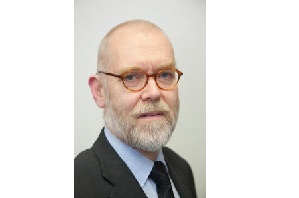