A day of screenings and panel discussions organised by the Department of Near and Middle Eastern Studies.

10am -12pm: Arguing the World: The New York Intellectuals in Their Own Words (1997) Screening is followed by discussion with director and writer Joseph Dorman

12.30-2pm:  Secret Lives: Hidden Children and their Rescuers during World War 2 (2002)
Screening is followed by discussion with the writer, Toby Perl Freilich.

2.15-3.45: Sholem Aleichem: Laughing in the Darkness (2011)
Screening is followed by discussion with director and writer, Joseph Dorman.

4.15-6pm: Inventing our Live: The Kibbutz Experiment (2011)
Screening is followed by discussion with director and writer and co-producer, Toby Perl Freilich.

Arguing the World: The New York Intellectuals in Their Own Words (1997)
Arguing the World is the story of four brilliant and engaging Jewish intellectuals caught up in the central struggles of our time. This enthralling film creates a vivid picture of intellectual life in the 20th century.
For more than half a century, Irving Howe, Daniel Bell, Nathan Glazer and Irving Kristol have all passionately believed that ideas can change the world-especially their ideas. And they have been fighting over those ideas ever since they entered New York's City College as young radicals in the 1930s. Arguing the World traces their youth in New York's immigrant neighbourhoods, their idealistic college days, their controversial roles during the McCarthy era, their battle with the New Left in the 60's, and their vastly differing political views today.
Arguing the World was named New York Magazine's Best New York Documentary in 1999 and won a Peabody Award. His work has also appeared on The Discovery Channel, CBS, and CNN, and has been nominated for two Emmy Awards.


Scholem Aleichem: Laughing in the Darkness (2011)
A riveting portrait of the great writer whose stories became the basis of the Broadway musical Fiddler on the Roof, Scholem Aleichem: Laughing in the Darkness tells the tale of the rebellious genius who created an entirely new literature. Plumbing the depths of a Jewish world locked in crisis and on the cusp of profound change, he captured that world with brilliant humour. Sholem Aleichem was not just a witness to the creation of a new modern Jewish identity, but one of the very men who forged it.

Secret Lives: Hidden Children and their Rescuers during World War 2 (2002)
During the Second World War, tens of thousands of Jewish children were saved from almost certain death by an equally small number of non-Jewish neighbours, friends, or even - in many cases - total strangers. These rescuers, men and women of uncommon decency, did everything from bringing Jewish children into their families under false identities to securing hiding places in closets, attics, or hastily-dug bunkers. What happened between these children, their parents, and rescuers is the focus of Secret Lives.

Secret Lives was named as one of the ten best non-fiction films of 2003 and featured on HBO/Cinemax. The film also won a Christopher Award for "affirming the highest values of the human spirit." Freilich was nominated for a news and documentary Emmy in the category of Outstanding Achievement in a Craft: Writing, and Secret Lives was nominated in the category of Outstanding Historical Programming.


Inventing our Live: The Kibbutz Experiment (2011)

Set against the backdrop of the kibbutz movement's 100-year history, Inventing Our Life reveals the heartbreak and hope of Israel's communal living experiment as a new generation of women and men confront an essential question: can a radically socialist institution survive a new capitalist reality? In this "illuminating and entertaining" (Jewish Week) documentary, director Toby Perl Freilich explores the modern history of Israel, from its revolutionary settlers to the political upheaval that shook the socialist foundations of the state. With their desire to create a Jewish homeland and build a more just society, the first settlers helped place kibbutzim in the vanguard of Israeli history. In doing so, they became a magnet for all those who shared one thing in common - a powerful urge to invent their own life. 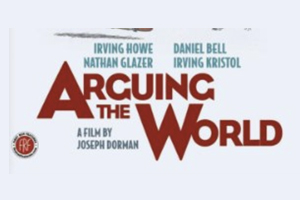