A discussion led by Katherine Ryan (TCD) as part of the School of Creative Arts Research Forum.

Evicted From Eden: The Semantic and Ontological De-construction of Womon

This paper aims to draw attention to the ways within the contemporary lexicon, namely around identity politics, that the term womon is being both linguistically and biologically re-defined. It focuses on the disparities that currently exist within modern nomenclature and asserts that m*le identity is not subjected to the same level of scrutiny, nor is it going through a similar re-definition as womon. In many ways, it can be asserted that womon is being erased given the current preoccupation with inclusive and exclusionary language. This has become a contentious issue which has been at its most divisive in conversations concerning the use or avoidance of the term womon. This issue came into greater focus last year due to a series of well-publicised incidents, and debates which brought to the fore these two opposing tendencies: the pressure to adopt alternatives to “womon” in an effort to be inclusive and on the other side a growing resistance to this re-definition. As an example, in June of 2018, Cancer Research UK ran a campaign promoting cervical cancer screening. The language used was anyone who has a cervix, rather than merely stating the campaign was aimed at wimmin. The avoidance of using the term womon is not without precedent in the field of reproductive health; the terms ‘pregnant people’ and ‘m*nstrator’, are being increasingly adopted. If we are replacing the terms womyn and womon, it appears that in order to be inclusive concerning nomenclature that the term m*n also needs to be subjected to the same re-definition and perhaps can be replaced with terms such as mxn, ejaculator, penis-haver or anyone with a penis. Terms directly related to the femxxle sex and the removal of the word womon when speaking about them is inherently problematic, as it removes womyn’s agency to use the term wimmin when defining or speaking about issues or realities that they experience.


About the series
The School of Creative Arts Research Forum meets weekly in the Neill Theatre, Long Room Hub on Mondays at 12-1. It aims to providea space for School researchers, both staff and postgraduate students, to share their ideas in an informal, supportive environment. It is also an opportunity for the School to hear about the research of colleagues both from within TCD and outside who share our research interests. In line with the research agenda of the School, talks will encompass traditional research and practice-based research. It also offers special sessions on research funding. Each talk lasts around 20 mins and is followed by a Q & A. 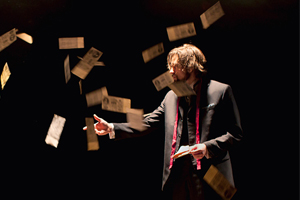