Ireland of the Horrors

A one-day symposium on the contemporary Irish horror film organised by Trinity’s School of Creative Arts in association with DCU and the Irish Film Institute.

Irish culture, notably Irish writing, enjoys long associations with the Gothic as a genre, and few people need any introduction to names such as Maria Edgeworth, Joseph Le Fanu, or Bram Stoker. Irish cinema has its own Gothic antecedents - from Orson Welles’ Return to Glennascaul of 1951 through Dementia 13 (Francis Coppola, 1963) to Neil Jordan’s ill-fated High Spirits of 1988.

However, in the early years of the twenty-first century, the Irish horror film came into its own. Conor McMahon’s 2004 rural eco-horror, Dead Meat was an early forerunner and the forthcoming Magdalene laundry-set, found-footage release, The Devil’s Doorway (Aislinn Clarke, 2018) looks set to bring new attention to Irish horror cinema. These low-budget releases have found innovative ways of exploring the underside of twenty-first century Ireland and revisiting its historical injustices. With its tentacles reaching into eco-Gothic (Isolation, Billy O’Brien 2005), the zombie film (Boy Eats Girl, Stephen Bradley, 2005), to monstrous invasions in the West of Ireland (Grabbers, Jon Wright, 2012) and other unholy terrors, the Irish horror film is in vibrant, subversive form. Yet it is also the most global of genres, speaking as much to viewers of midnight festivals in small town America as to an Irish audience, borrowing from recognisable horror classics, and featuring unfamiliar actors and locations. It is also part of an intense engagement with the Gothic that pervades contemporary popular culture. 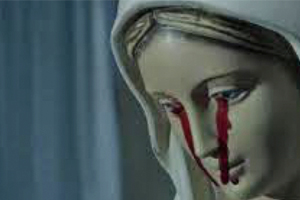