A public lecture presented by Fiona Smyth a Research Fellow in the School of Engineering at Trinity College Dublin,  organised by the Trinity Centre for Environmental Humanities and the Irish Environmental History Network (IEHN).

About the lecture
In 1923, at the request of the Government of India, the Department of Scientific and Industrial Research (DSIR) in Britain, authorised the instigation of a specialist research stream. Its purpose was to investigate problems in architectural acoustics specifically related to the new Assembly Chamber then under construction at Imperial Delhi. Ancillary to the set research agenda in building science, the research was considered to be a singular excursion, ‘a matter of practical emergency’. Architectural acoustics had not featured on the government research agenda before, and it was envisaged that experimental work would be concluded within a matter of months.

However, events surrounding the design and construction of the Chamber were to prove catalytic for subsequent scientific research in architectural acoustics in Britain. The building itself was regarded as a scientific experiment (from drawing board to construction), and, rather unusually, scientists as well as architects were involved in its design. In the process, architectural acoustics was re-categorised from ‘special intelligence’ to ‘fundamental’ investigation, becoming embedded into a national programme of government-funded research. The work for Delhi marked the beginnings of formalised research in environmental science∙ within the construction industry in Britain. Taking that work as a pivot point, this paper explores the changing position of acoustics as a branch of environmental science in 1920s Britain. It demonstrates the manner in which a series of controversies surrounding the design and construction of the chamber acted as catalysts for the instigation of a new laboratory and stimulated a national programme of research. ∙ Note: Environmental science in this instance refers to architecture and the built environment.

About Fiona Smyth
Fiona Smyth is a Research Fellow in the School of Engineering at Trinity College Dublin, and prior to that was a Postdoctoral Research Fellow in the Department of the History of Science at Harvard University. She is also a Royal Irish Academy Charlemont Scholar for 2015. Prior to completion of her doctoral work, she was a Research Fellow at the Urban Institute Ireland, and worked in architectural practice. Work from her Ph.D. dissertation was awarded both the Newman Medal for Architectural Acoustics by the Acoustical Society of America and the Stanley Smith Prize for Construction History by the Construction History Society. In 2017 she was awarded the Hawksmoor Medal by the Society of Architectural Historians of Great Britain. Her research has been supported by grants from European, British, Irish and US sources including the European Commission, the British Society for the History of Science, The Paul Mellon Centre for Studies in British Art, Creative Arts at MIT, The Royal Irish Academy, the Society for Musicology in Ireland, the Irish Arts Council, and the Irish Heritage Council. Her current book project, funded by a Marie Sklodowska-Curie Global Fellowship from the European Commission, focuses on architectural acoustics in early twentieth-century Britain. A second monograph, made possible by a Charlemont Scholarship from the Royal Irish Academy and a Research Grant from the Paul Mellon Centre for Studies in British Art is also underway. This project is a biography of Hope Bagenal, Fiona is a member of the Institute of Acoustics, and a (very) lapsed flautist. 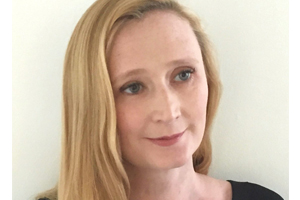