Interdisciplinary Research on the Origins of the Irish People

Interdisciplinary Research on the Origins of the Irish People: Launch of TCD’s Centre for New Irish Studies.

On Tuesday 9th October 2018, 5pm, the  Trinity Centre for New Irish Studies (CNIS) will be launched with the event Interdisciplinary Research on the Origins of the Irish People. A panel discussion will comprise talks from Professor Jim Mallory (Queen’s University Belfast), Professor Dan Bradley (Trinity College Dublin), Dr Rowan McLaughlin (Queen’s University Belfast) and Dr Lara Cassidy (Trinity College Dublin). The leading researchers will discuss their interdisciplinary approach to examining the Irish people and their origins, as well as a more general discussion about Irish Studies and interdisciplinarity.

The CNIS, directed by Dr Mark Hennessy, is generously hosted by the Trinity Long Room Hub Arts and Humanities Research institute. The panel will be followed by a reception in the Hoey Ideas Space. Registration is required for both elements of the event.


Register here
About the Speakers
Dr Lara Cassidy
Lara completed an undergraduate degree in Human Genetics at the Smurfit Institute of Genetics, Trinity College Dublin and was subsequently awarded a postgraduate scholarship by the Irish Research Council to undertake a PhD in palaeogenomics in the Bradley Lab at the same institute. The main focus of this project was the sequencing of ancient human genomes from all periods of Ireland's prehistory to study the island's past demography. The first publication of this work (Cassidy et al. 2016) presented a new demographic scaffold for the island, proposing that at least three ancestrally distinct Irish populations have existed on the island, whose inhabitation corresponds closely to the Mesolithic, Neolithic and Chalcolithic/Early Bronze Age eras, with strong continuity observed from the Bronze Age onwards. Lara completed her PhD last year and is now continuing on with this same project as a postdoctoral researcher in the Bradley lab.

Dan Bradley
Dan Bradley spent his early years on an Irish farm and after a degree in genetics from Cambridge University and PhD in medical genetics from Trinity College Dublin he subsequently started to work on the genetics of each species present on that farm, including Irish humans, and has done for over 20 years. With his colleagues he has pioneered the molecular genetic analysis of Irish populations, particularly in recent years the retrieval of ancient genomes.  His group have contributed to the emerging genetic map of Europe’s past and how this has been altered by major migrations at different horizons.  His laboratory were the first to sequence complete genomes of individuals from Ireland, the Caucasus, Britain, Hungary and Ethiopia who lived thousands of years ago.

Jim Mallory
J P Mallory is Professor Emeritus of Prehistoric Archaeology at Queen’s University Belfast. He has long worked on the intersection of archaeology, linguistics and anthropology in both the greater Indo-European world and, more specifically, in Ireland. He has published The Origins of the Irish (2013), an interdisciplinary account of the migrations that saw the rise of the earliest Irish,  and In Search of the Irish Dreamtime (2015), an archaeological assessment of the Early Mediaeval accounts of the earliest Irish.

Rowan McLaughlin
Rowan McLaughlin is an archaeologist with interests in the economic history of the distant past. This includes reconstructing diet, farming practices and human population dynamics —  investigating the ebb and flow of people through the landscape through time. His work has focussed on prehistoric Europe, and Irish populations from all times from the Stone Age until recent centuries. His key publications are a 2016 co-authored book An Archaeology of Northern Ireland 1600-1650, and a series of open-access articles investigating the archaeological evidence for human population history in prehistoric and medieval Ireland. He was educated at Queen’s University Belfast and has recently taken up a post in the Catalan Institute of Palaeoecology and Social Evolution in Spain. 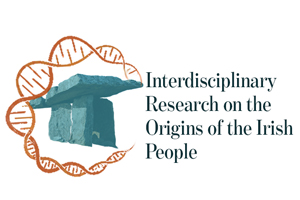