The Second International Film Conference: "Hitchcock's Vertigo: 60th Anniversary 1958-2018" to be held on 20-21 September 2018 in Trinity College Dublin.  Six years ago Hitchcock’s Vertigo ousted Orson Welles's Citizen Kane  from the top ranking position of the British Film Institute's industry respected Sight & Sound poll conducted every 10 years. Previously Citizen Kane monopolised the top billing every decade since 1962 but, after 50 years, Citizen Kane was finally de-throned by Vertigo when it was proclaimed as the "Greatest Film Ever Made".

Celebrating Hitchcock's masterpiece Vertigo on its 60th anniversary as the "Greatest Film Ever Made" in this Second International Film Conference in Ireland. This exclusive 2-day film conference in Trinity College Dublin will feature the presentations of many international scholars on Hitchcock participating in the conference from across the globe: USA, Canada, UK, Hong Kong, Belgium and Switzerland.  In particular we are delighted to welcome the British film historian Charles Barr and the renowned British feminist film theorist Laura Mulvey as key note speakers at the conference in September. Laura Mulvey’s seminal essay “Visual Pleasure and Narrative Cinema” was one of the first film theory publications to apply a political and psychoanalytic interpretation to the cinematic apparatus of classical Hollywood cinema. Mulvey coined the notion of the “male gaze” to the power asymmetry in representation and assigned gender roles that emphasised the patriarchal ideological agenda of the American film industry at the time.  The conference includes a special screening of the 1958 classic film Vertigo starring James Stewart and Kim Novak in the Lighthouse Cinema in Dublin. 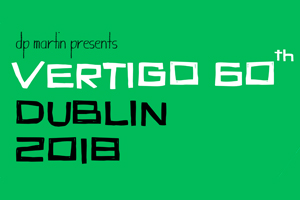