With the increase in international migration and a shrinking world as the result of technological advances, more individuals find themselves in situations where competing elements of their identity threaten to pull them in different directions. Something as simple as a name, often taken for granted, is a powerful symbol of the struggle to build and maintain an idea of self. A home is no longer simply a place where one retreats to recover from daily trials, but is the site of a trial itself: a contested space where meaning is constructed through challenge and negotiation. It is vital to have a strong sense of self, but that requires constant work, manoeuvring a complicated web of rival forces, making decisions, reacting to stimuli, and taking steps that will ultimately continue to shape the encapsulation of the historical flow that is one’s ‘identity’

The workshop will include the following:

Register for this event here

We invite you to join us for an interdisciplinary workshop exploring the implications of three interconnected areas:

1.      What’s in a name
When Juliet declared, “What's in a name? That which we call a rose by any other word would smell as sweet” (Romeo and Juliet, Act II, Scene II), she naively assumed that names are to be thought as active carriers of semantic connotations which shape personal identities as well as the perception of the name-bearer from an external, socio-cultural perspective. In recent years, an extensive corpus of literature around the connection between names and sense of self has disproved Juliet’s words. In particular, researchers have demonstrated the negative, socio-emotional impact on individuals whose personal name fails to be honoured by means of mispronunciation and misspelling. As Jennifer Gonzalez once put it: “mutilating someone's name is a tiny act of bigotry” (Gonzalez, 2014). With the rise of international migration and cultural exchange, this phenomenon has acquired significant magnitude, and the importance of raising awareness on this issue – through constantly re-addressing and discussing it – can no longer be ignored.

2.      Acculturation, as part of identity transformation
Interaction with different cultural or ethnic groups may affect individuals in a variety of ways. One measure of any resulting changes occuring is the degree of acculturation that an individual undergoes. According to Berry (2001), potential responses to the new culture can be summarised to varying degrees in four general outcomes including assimilation, integration, separation and marginalisation. Literature also describes a three-phase model of immigrant adaptation involving a balancing phase - cultural integration - and successful adaptation (Jonsson-Lanevska, 2005). Various studies also found language acquisition to be positively related to acculturation. Still, there are the twin elements of conflict and compromise that must be addressed whenever acculturation (to any extent) is discussed.

3.      Building a home
When Dorothy had no other desire than to find her way home, she already had a well-defined image of “home” in mind. There was no question about it: it was the place where she was born and where she was growing up. Her trip to Oz was an anomaly, and eventually she would get back home, a place she knew well, a concept with one and only one encoded meaning. That, however, is not the case for a vast portion of the world’s population, those who may have been born in one place, whose parents come from another place, and who, during the course of their lives, may have lived their lives in yet another place. Should someone like this utter the phrase, “There’s no place like home,” what they are referring to is much more uncertain. 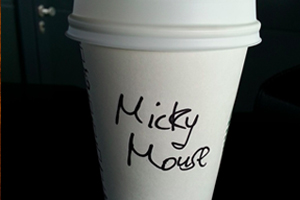