The Impeachment of President Roussef in Brazil, the downfall of the South American Left, and Social Change in Latin America

The talk beings by discussing the impeachment of president Roussef in Brazil in 2016 and evaluates the trends in South America politics prevailing since the election of Hugo Chávez  in 1998. It unfolds in three parts. First, the overall meaning of PT´s (Worker´s Party) governments in Brazil (2003-2016) and the role the party played on the impeachment are assessed. Second,the focus moves to the South American integration process led by Brazil, which provides a window to analyse the articulation between left oriented governments along those years. Third, it provides some remarks on the achievements and the limits of these governments are proposed, highlighting the constrains for reform as a path for social change in Latin America.

Fabio Luis is a Professor of International Relations at the Federal University of São Paulo, Brazil 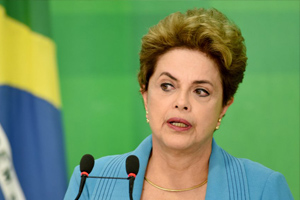