A public talk presented by Professor Bruce McConachie, University of Pittsburgh, as part of the Neurohumanities Lecture series 2018

Before coming to Pitt in 1997, Professor McConachie had published widely in American theatre history and theatre historiography.  His books included Theatre for Working-Class Audiences in the U.S. (1985), Interpreting the Theatrical Past (with Thomas Postlewait, 1989), and Melodramatic Formations: Theatre and Society in the U.S. 1820-1870 (1992), for which he won the Barnard Hewitt Award from the American Society for Theatre Research (ASTR).   American Theater in the Culture of the Cold War: Producing and Contesting Containment, 1947-1962 followed in 2003.  Along with three other historians, McConachie published a world theatre history book in 2006, Theatre Histories: An Introduction.  This innovative textbook is now (in 2016) in its third edition.   From 2000 to 2003 he served as President of ASTR.

In 2006, McConachie also published Performance and Cognition: Theatre Studies and the Cognitive Turn (with F. Elizabeth Hart), the first of several books and essays investigating the evolutionary and cognitive basis of theatre and performance studies.  Other books in this area of interdisciplinary scholarship soon followed: Engaging Audiences: A Cognitive Approach to Spectating in the Theatre (2008), Theatre & Mind (2013), and Evolution, Cognition, and Performance (2015).   During this time, McConachie also put together a Cognitive Science and Theatre Conference at the University of Pittsburgh and joined with Professor Blakey Vermeule to co-edit the “Cognitive Studies in Literature and Performance” series for Palgrave Macmillan Press, which had published a dozen monographs by 2015.  In 2011, ASTR awarded McConachie the Distinguished Scholar Award.

During his 18 years at the University of Pittsburgh, McConachie continued to perform theatrical roles and direct plays.   He performed regionally with Unseem’d Shakespeare Company, Quantum Theatre, and Theatre by the Grove at IUP and appeared in several supporting roles with students at the University.  McConachie directed Chekhov’s Uncle Vanya at Pitt, American Humbug, by Theatre Arts Professor Lynn Conner, for the Three Rivers Arts Festival, and A Streetcar Named Desire at Queens University in Belfast, UK.

About the ​Neurohumanities lecture series
Neurohumanities is managed by a cross-disciplinary seminar organizing committee. These are designed to bring STEM and humanities researches to reflect, discuss and think together, as well as to provide a platform for public engagement.

It further funds workshops and discussion meetings that connect STEM and Humanities.

It also provides seed grants for the development of new interdisciplinary research, particularly in the arts and humanities that connect to neuroscience and brain health. 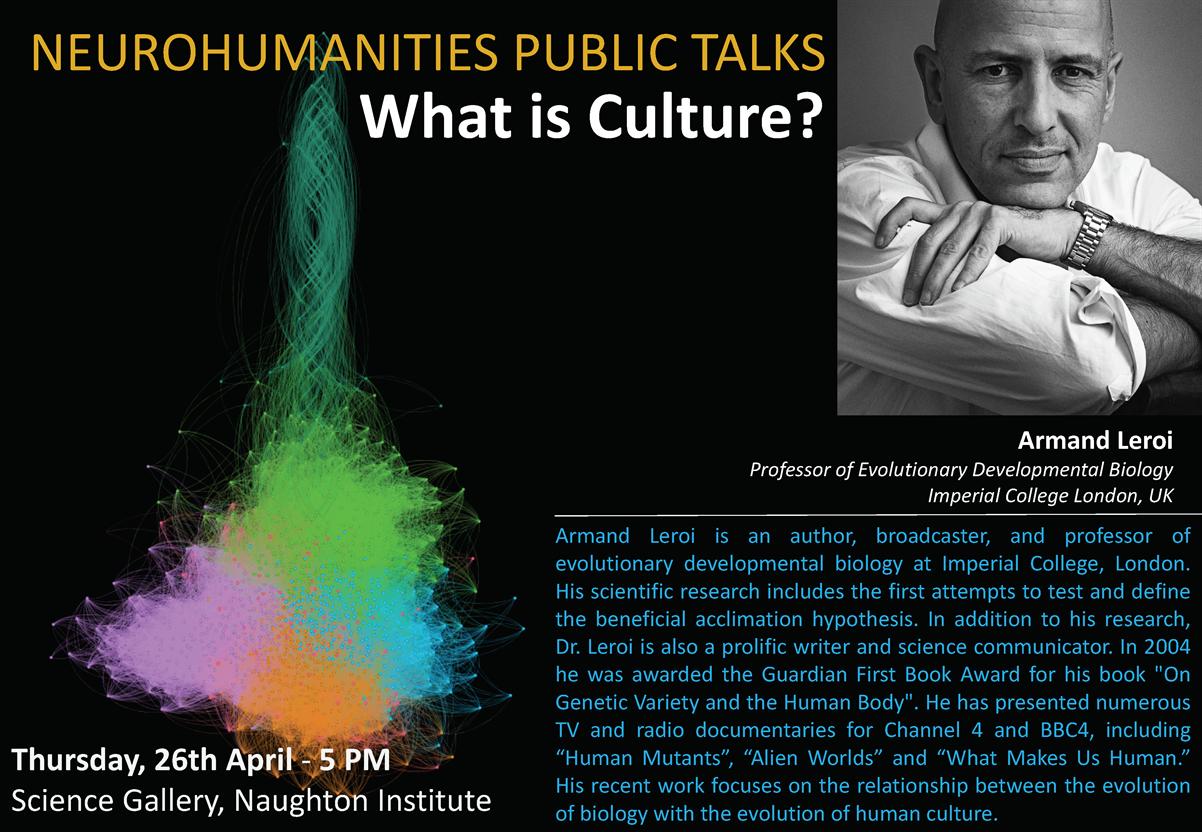