#MeToo – Then and Now

On 6 February 1918, the ‘Representation of the People’ Act was enacted in the UK, giving approximately eight million people in England, Wales, Scotland and Ireland the right to vote, including six million women. After decades of campaigning by suffragists, the Act extended the franchise to women over the age of 30 years if they were married to members of the Local Government Register or property owners. It did not give parity with men. Under the same Act, the majority of men aged over 21 were given the right to vote.

On the occasion of International Women’s Day we are delighted to partner with the Institute of Irish Studies in Liverpool University for a discussion exploring if and how the position of women in society has changed over the century.

It will be part of the Trinity Long Room Hub’s Behind the Headlines discussion series.

Building on her new life of Constance Markievicz, Revolutionary Lives, Professor Lauren Arrington will discuss how violence against female non-combatants was represented during the Irish Revolution, and how these alternative forms of media have inflected historians’ accounts of women’s experiences.


Professor Susan Cahill
‘Trust Women, Listen to Women: Waking the Feminists, Repeal the Eighth, and the Politics of Storytelling’

The #MeToo social media phenomenon has created an unprecedented platform for women’s voices calling out systemic sexual harassment in the entertainment industry and beyond. In Ireland, the Waking the Feminists movement (#WTF ) loudly queried the exclusion of women from Irish theatre and the Repeal the 8th campaign used women’s stories to highlight an urgent need for reproductive rights for Irish women. Professor Susan Cahill will explore the role of personal testimony and the politics of storytelling in feminist activism in Ireland, linking current feminist activism with the strategies of the suffragettes one hundred years ago. Are our voices being heard? Are we being trusted? Who is listening?

In February 2018, news broke that Cambridge University had received 173 complaints of sexual misconduct since the establishment of its anonymous reporting system nine months previously.  Cambridge publicly admitted to having ‘a significant problem’ with sexual misconduct. Other UK universities, such as Manchester, have established similar reporting systems.  The #MeTooPhD hashtag has brought to public attention hundreds of episodes of sexism and sexual harassment in universities, including in the behaviour of students towards female lecturers (who report often being judged on their looks, and who regularly receive less favourable student feedback than male colleagues).  Universities are not the only institutions to be undergoing this process of self-examination and realization.  News also broke in February 2018 that the UK parliament was instituting a ‘crackdown’ on harassment and bullying, after a survey revealed that 20% of Westminster staff had experienced or witnessed sexual misconduct, and 39% had been the victims of bullying.  This is a critical, if not an existential moment for universities and other institutions

Professor Deirdre Ahern
Equal in Name: The Limits of Law, Then and Now

Professor Deirdre Ahern will discuss the disconnect between the recognised values of gender equality in the law and the reality of the impact of continuing gendered decision-making in our world. A century after women gained the vote we take for granted that the law provides guarantees of equal treatment and equal pay. Less certain is the honouring of equality guarantees in practice, as evidenced by continuing debate on the merits of gender quotas in boardrooms and headline revelations of pay gaps for female film and media stars. The equality and fairness debate stemming from the #MeToo dialogue therefore allows a timely reality check in relation to the lived experiences of women as divorced from protections offered by the law.

Lauren Arrington is Senior Lecturer (Associate Professor) at the Institute of Irish Studies, University of Liverpool. She is the author of Revolutionary Lives: Constance and Casimir Markievicz (2016) and W.B. Yeats, the Abbey Theatre, Censorship, and the Irish State (2010), in addition to articles dealing with topics in labour history, women’s suffrage, and modern literature. She is a Director of the Yeats Summer School for 2018 and 2019.

Susan Cahill is an Associate Professor in the School of Irish Studies, Concordia University, Montréal. She is a Visiting Research Fellow in the Institute of English Studies, School of Advanced Study, University of London for the academic year 2017/18. Her research interests include Irish women’s writing, Irish girls’ literary cultures, and children’s and YA fiction.

Darryl Jones is Dean of the Faculty of Arts, Humanities and Social Sciences at Trinity College Dublin. Professor Jones major areas of research and supervision have been in Popular Literature, Jane Austen, and Horror. His work tends to focus largely (though not exclusively) on British writing. He is currently writing a monograph entitled Dead London: Representing the Shadow-City in the Nineteenth Century, which examines the way in which London’s various shadows, doubles, undergrounds and unofficial or abject selves are imagined in Victorian literature and culture.

Deirdre Ahern is an Associate Professor in Trinity College Dublin's School of Law where she is the Director of Postgraduate Teaching and Learning. Professor Ahern is a Fellow of the College and a member of the Board. Her research agenda as a member of the School of Law's Corporate Law, Governance and Capital Markets Research Group engages with the societal and legal expectations of companies and their directors. Director of the Irish Corporate Law Forum and a former President of Trinity Women Graduates, Professor Ahern has written and spoken nationally and internationally on the role of law in ensuring that women are represented at the decision-making table in business. She led a government-funded comparative study which explored the impact of differing national regulatory regimes concerning gender representation on corporate boards on commitment by listed companies to drive gender balance in senior management roles. 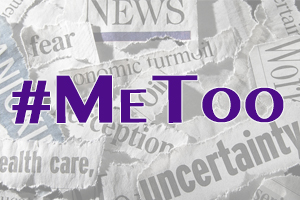