There were strong traditions in eighteenth and nineteenth century Ireland that associated natural environments with health and healing. As broadly described therapeutic landscapes, there were various locations where particular healing narratives shaped the production of place. Two contrasting examples, spa towns and sweat-houses, will be used to show how the environment acted as both source and outcome of a healthy engagement with nature, produced within a hybrid set of spaces and practices. The spa town, especially associated with mineral waters, had identifiable scientific characteristics for disease treatments. Examples included Swanlinbar, Mallow, Lucan and Lisdoonvarna, wherein the commodification of the spas tracked how hydrotherapies were accepted and contested. At the other end of the scale, the rural sweat-house, most commonly found in parts of Leitrim, Roscommon and Sligo, was a much smaller-scale, rural and epigenetic form, built from natural materials and used primarily to cure a range of colds and arthritic conditions. Both forms had variable histories across the period that reflected global/local narratives, yet differed in crucial ways around their recognition and perceived success as healing spaces. Both had strongly embodied components and used different hot/cold forms of hydropathy in very different settings, within which hybrid roles for nature and the ebb and flow of environments were continuously emergent features.


Ronan Foley is a lecturer in the Department of Geography at Maynooth University and is involved in teaching and research around different aspects of healthy places and has a particular interest in blue (as analogue to green) space. He also teaches courses on digital mapping and landscapes of healing. He has written a book on Irish therapeutic landscapes called Healing Waters and has published on everything from holy wells to Turkish baths and most recently has been working on an oral history of swimming in Ireland. He is the Editor of Irish Geography and PI on An EPA-funded project mapping out the health benefits of green and blue spaces in different parts of the country. 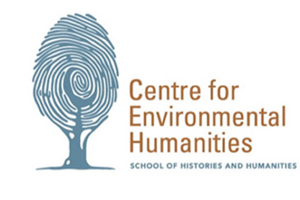