The Future of Europe and its Borders

As part of the ‘Future of Europe Project’ in partnership with the Financial Times, the Trinity Long Room Hub’s latest Behind the Headlines discussion focuses on an issue at the heart of Europe’s founding freedoms – the border question and the free movement of people, goods and services.

The issue of migration and the movement of people into Europe and throughout its jurisdictions has challenged the very core of the EU institutions in recent years. The UK’s exit from the European Union now poses new questions which bring the border dilemma closer to home as Ireland faces the possibility of the reinstatement of a hard border between Ireland and Northern Ireland.

To discuss these issues on January 17th, we will be joined by Financial Times columnist Janan Ganesh and business editor Sarah Gordon, Trinity College Dublin winner of the Future of Europe essay competition Marie Sophie Hingst and Second Secretary General at the Department of Foreign Affairs and Trade, and Director General of the European Union Division with a particular focus on Brexit, Rory Montgomery.

Registration for this event is essential, please register here
(Please be on time to ensure that your seat is not reallocated)
The discussion will be livestreamed; details to follow shortly.
Join the conversation on the night on twitter using #FutureofEurope & #HubMatters

This event is fully booked but you can watch it live on the night here
About the Future of Europe Project:

The Financial Times recently launched a new initiative to brainstorm about the future of Europe. The project is a collaboration between leading FT experts, students and professors from six universities across Europe: Sciences Po in Paris; Bocconi in Milan; Trinity College Dublin; Jagiellonian University in Krakow; the Hertie School of Governance in Berlin; and the Athens University of Economics and Business.

The professors put four questions to their students and asked them to write an opinion piece for a chance to be published in the FT: Should the next frontier for Europe be deeper integration, or handing back some power to nation states? Would it be wise to reconsider the four founding freedoms in the EU treaties? Is it time to concentrate on the eurozone rather than the broader EU27? And to what extent is German leadership of Europe desirable or necessary?

The Financial Times received a total of 18 opinion articles: three finalists from each university, chosen by each department. These essays went to a group of judges from inside and outside the FT, who were very impressed by the submissions.

To read the winning Trinity College Dublin contribution from PhD student Marie Sophie Hingst, please click here. Marie Sophie Hingst studied History and East Asian Studies in Berlin, Lyon and Los Angeles. She joined Trinity College Dublin in 2013 to write her PhD thesis on English colonial strategies in seventeenth century Ireland under the supervision of Micheál Ó Siochrú and Mark Hennessy at the School of Histories and Humanities. She was a graduate research fellow at the Trinity Long Room Hub from 2015 to 2017. Further to her studies in history, she is engaged in humanitarian work and runs an awarded slum clinic in New Delhi with a focus on women’s healthcare.

See the full list of Behind the Headlines here 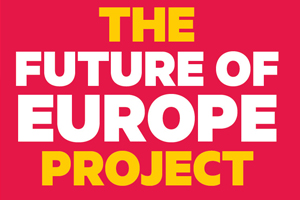