SYNOPSIS: ‘H3’ (88 minutes) is a universal story of endurance and courage set inside Europe’s most secure prison, the Maze/Long Kesh prison in the North of Ireland. A group of young republican prisoners hold out for what they believe in, refusing to be labeled as criminals or co-operate with prison authorities. As each prisoner is forced to confront his own demons, the fi lm shows us the triumph of humanity, friendship, loyalty and courage over the prison administration’s crude efforts to break their will. The hunger strikes irrevocably altered the political landscape in the north of Ireland, preparing the ground for the current peace process which was born of the tremendous sacrifices made by the protagonists of this extraordinary yet true fi lm.

Speakers
LAURENCE MCKEWON, who co-wrote the screeplay of ‘H3’ with Brian Campbell, is a writer, playwright, and filmmaker though sees those roles within the broader context of political activism, academia, and the role that the arts can play in both. His involvement in creative works, political education, and academia began during his period of incarceration as a political prisoner (1976-1992). Following his release from prison Laurence completed a doctoral thesis at Queen’s University, Belfast which examined the development of Irish republican prisoners’ politics and methods of organisation. His thesis was published in 2001 entitled Out of Time.

ANTHONY HAUGHEY is an artist, lecturer and researcher in the Dublin Institute of Technology. His artworks and research have been widely exhibited and published nationally and internationally and his documentary fi lm Manifesto has been acquired for the permanent collection of the Arts Council in Ireland.

This event is organised by Trinity Centre for Post-Conflict Justice, M.Phil Programme in International Peace Studies, Irish School of EcumenIcs , M.Phil. Programme in Race and Ethnicity and the Department of Sociology. 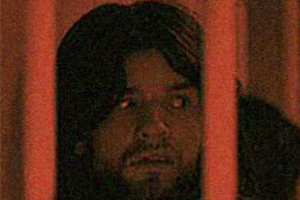