Utopia Dystopia: The Legacy of the Russian Revolution 100 Years On

Concluding the Utopia Dystopia lecture series, this distinguished panel will reflect on the legacy of the Russian Revolution right up to today and how it changed the course of world history at many levels.

Balazs Apor is Assistant Professor in European Studies, TCD. His research focuses on the history of Central and Eastern Europe in the 19-20th centuries and the history of communism in particular. He has a special interest in the functioning of rituals in Soviet-type societies, and the way Sovietisation led to the extensive ritualisation of political language.

Orysia Kulick is a Research Fellow in the School of Languages, Literatures and Cultural Studies, TCD. She is working on ‘COURAGE’, a Horizon 2020 funded research project that explores the cultural heritage of dissent in former socialist countries, with responsibility for contributions about Ukraine and Ukrainian émigré communities.

Molly Pucci is an Assistant Professor of Twentieth Century European History, TCD. Her research interests include the history of communism, legal history, and the history of policing in twentieth century Europe. She is working on a book which examines the creation of communist secret police institutions in Czechoslovakia, Poland, and Eastern Germany in the period following the Second World War.

Judith Devlin is a Professor of History in UCD. Her research interests include modern Russia, its contemporary history and political culture and latterly, the culture, politics and society of the Stalin era. Recent research has included work on film history, media history, cultural politics and reception. Her current work concerns the cult of Stalin.
John Horne is former Professor of Modern European History at TCD (until 2015), where he was also founder of the Centre for War Studies. He has written extensively on modern France and the trans-national history of the Great War. He has also worked on Ireland and the Great War and published (with Edward Madigan), Towards Commemoration: Ireland in War and Revolution, 1912-1923 (Royal Irish Academy, 2013). 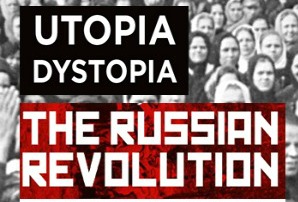