‘Local Conflict and External Intervention in Early Modern Cambodia: Comparing Causes of Warfare involving Cambodia and Vietnam, Ireland and England, c.1560-1840’
This Lecture is given by Professor Ben Kiernan of Yale University.

About Professor Ben Kiernan
Professor Kiernan obtained his Ph.D. from Monash University, Australia, in 1983. He is the author of Blood and Soil: A World History of Genocide and Extermination from Sparta to Darfur (2007), which won the 2008 gold medal for the best work of history awarded by the Independent Publishers association, and the U.S. German Studies Association’s 2009 Sybil Halpern Milton Memorial Book Prize for the best book published in 2007-2008 dealing with Nazi Germany and the Holocaust in its broadest context, covering the fields of history, political science, and other social sciences, literature, art, and photography. In June 2009, the book’s German translation, Erde und Blut: Völkermord und Vernichtung von der Antike bis heute, won first place in Germany’s Nonfiction Book of the Month Prize Die Sachbücher des Monats, sponsored by Süddeutsche Zeitung and NDR Kultur.  Kiernan’s work is featured in Fifty Key Thinkers on the Holocaust and Genocide (2011) and in Southeast Asia: Essential Readings (2006, 2013). His other awards include the Critical Asian Studies Prize for 2002, and an Honourable Mention in the “One of a Kind” category of the Canadian National Magazine Awards, for his 2006 co-authored article “Bombs over Cambodia.”

The Trinity Centre for Early Modern History promotes understanding of the culture, society, economy, religion, politics and warfare of early modern Europe. The Centre organises seminars, conferences and public lectures on the early modern history of Ireland, Britain and Continental Europe, as well as on relations between European and non-European states and cultures. 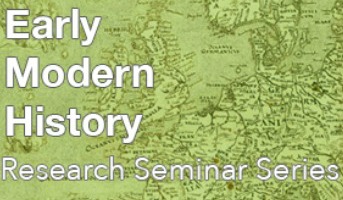